“GOT, That Was Not Okay”: Twitter Reacts to #BlackWedding

Clearly, social media felt it was absolutely, irrevocably not okay.

Did Sean Bean (Daddy Ned Stark himself) knew what was coming all along? and more importantly, was he trying to warn us?

Feminist Geek site The Mary Sue announced they will no longer be promoting the show on their website. 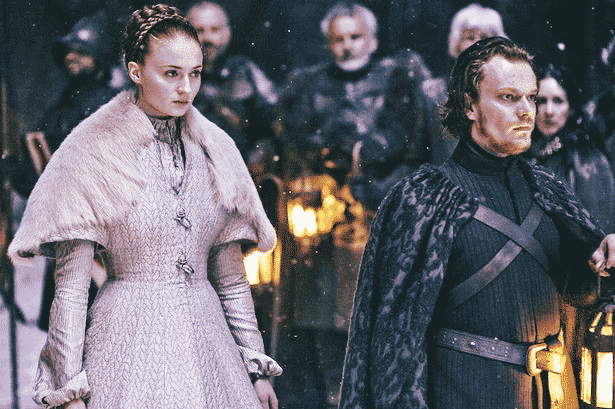 Twitter went up in smoke over the weeping and lamentation of many of its netizens. It’s hasn’t been a very good week.

Literally shaking and terrified, never been so disturbed in my entire life ( as a GoT fan) What have you done ? #BlackWedding

They deserve a blanket. And maybe some hot coco.

Okay, maybe a bucket and wet wipes, too.

and yes, a good cry.

Fans are now wary of color themes and weddings. We personally don’t blame them.

Every time I get a wedding invitation, I’ll just turn them down & say Game of Thrones makes me traumatic of weddings. #BlackWedding

We might see a drop in color-themed weddings this week.

I’ll prob never get married because of the fear of weddings GoT has instilled in me. #RedWedding #BlackWedding #PurpleWedding

You can always on #GameOfThrones weddings to be 1) fucked up 2) colour coded #blackwedding #howmessedupcanyouget?

A number of them saw how disaster could have been averted, and had only one collective thing to say: WHY?!

Sansa, you should have slashed Ramsey’s neck with your pin. Stab him like his father stabbed your family! #blackwedding #GameofThrones

Others prefer something more subtle.

Why didnt she kill him and light a candle in the tower? #BlackWedding #GameOfThrones #Disturbed #Traumatised — Chloe Boshoff (@ChloeBoshoff) May 19, 2015

The book readers know what’s up.

Ok this is never meant to happen to Sansa Stark. @GameOfThrones is about to lose me. #TheNorthRemembers #GameofThrones — Jamie Tarabay (@jamietarabay) May 18, 2015

Sorry, GoT. Looks like some fans have now Noped out of your viewership.

Well I swore I wasn’t going to be one of those people but, I am officially DONE watching #GameofThrones on #HBO #ReFreakinDiculous

As if it weren’t already official: #GameofThrones is a disgusting show that fetishizes rape and violence on women. I’m done. — Cara Dost (@cmdost) May 18, 2015

I AM DONE WITH THIS SHOW!!! #gameofthrones

How does George R. R. Martin feel? He released an official response to the episode, explaining that the TV series and the novels are two different creatures, and should be treated as such. Meanwhile, in Twitterland:

I could apologize for everyone I kill in my books… but Twitter limits me to 140 characters. #sorrynotsorry — George RR Martin (@GeorgeRRMartin_) May 6, 2015