It’s said that every dog has its day, but when a dog was found left alone without water inside a Mustang under temperatures climbing up to 105 degrees in the parking lot of a shopping center in Athens, Georgia, Desert Storm veteran Michael Hammon didn’t have to think twice.

“I just did what had to be done,” Michael Hammons told Atlanta TV station WXIA. “I heard someone say there was a dog in distress in a hot car.” 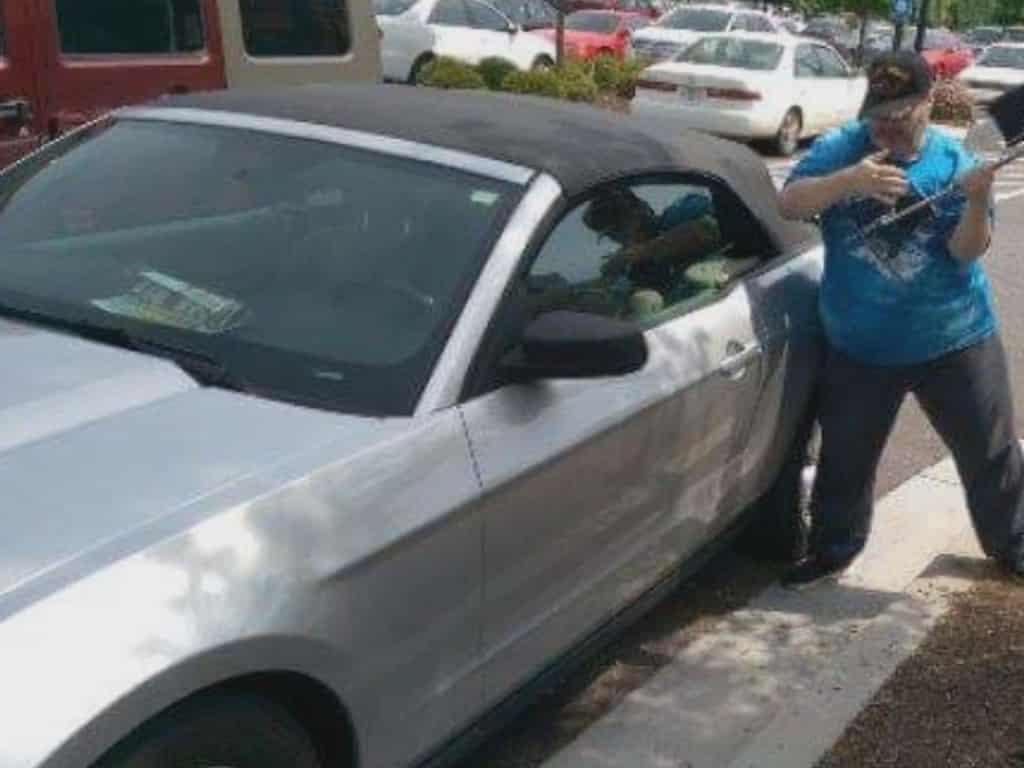 Using the leg of his wife’s wheelchair, Hammon smashed one of the Mustang’s windows to save the wee Yorkie-Pom mix. He then fished the dog out o the sweltering interior, brought it to a shady tree, and gave it water.

Police were reluctant to arrest the veteran, but had to at the insistence of the owner, charging him with criminal trespassing. Hammon does not regret any of his actions.

“I knew there’d be consequences, but it didn’t matter,” Hammons told WAGA-TV. “Glass, they make new glass every day, but they could never replace that dog. I’ve got PTSD, and I’ve seen enough death and destruction, and I didn’t want anything else to happen if I could prevent it.”

A number of locals and animal rights groups clammored for the authorities to free Hammon. An online petition was set up to implore that the charges against Hammon be dropped. animal lover have stepped forward to support his family for any costs that are incurred during the incident, and his lawyer is representing him pro-bono. Even a local Ford dealer offered to replace the smashed car window for free.

Current Georgia law states that a person is allowed to destroy car window to save a person or a child, but not a pet.

As of May 18, the owner has agreed to drop the charges.

Missing Cat Found In a Shipping Container Across Australia

Senior Punches Bear in The Face to Save His Dog