by Meagan Freeman 8 years ago6 months ago

Death by wedgie. Wait, what?

The bizarre case played out in an Oklahoman court on Monday. Brad Lee Davis, 34, admitted he had killed his stepfather in a very strange way. Davis says the December 2013 killing was a result of “the heat of passion while defending myself in a fight that got out of hand and went too far.”

Davis’ stepfather, Denver Lee St. Clair died after the band of his underwear was wound over his head and strangled his neck. An autopsy discovered the 58-year-old died as a result of asphyxiation and blunt force trauma. The test also showed that he had been beaten around the head.

The term ‘atomic wedgie’ has been used to describe what happened to the man. The slang term is popularly used on the Internet to describe the ultimate form of bullying by wedgie. There are many videos and tutorials directed at how to survive an ‘atomic wedgie’ attack. 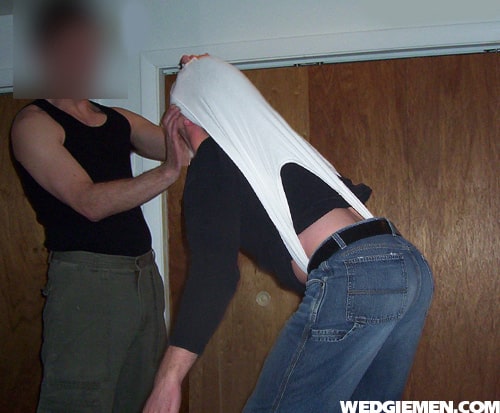 Davis claims that he called 911 after the fight that took place at his stepfather’s trailer. Davis lived in a separate trailer, but was visiting St. Clair because his mother was in the hospital and the two had filed for a divorce.

Davis says the fight began after St. Clair called him and his mother worthless. It is then that he has been caught telling multiple versions of what happened. First, he told authorities that he gave his stepfather a wedgie after he knocked him out. Other times, Davis has said he gave the wedgie first before knocking him out.

Not only has the changes in the story incriminated Davis, authorities also say he sent a text to a friend before the fight saying that he planned on harming St. Clair.

Davis is still waiting to receive his jail sentence for manslaughter from an Oklahoman judge.