Marmite has become (in)famous the world over for its rather impressively unique flavor, and its in-bred ability to polarize public opinion of the foodstuff: you either are head-over-heels in love with it, or you just downright hate it.

Chris Broad lives and works in Japan, and regularly creates new videos for his Youtube channel Abroad In Japan. It stars many of his Japanese friends as they talk about quirky cultural differences, go on fun adventures, and on occassion have each other try something new. In this case, Chris introduced his buddies to the wonders of Britain’s favorite spread: Marmite.

The bottle was generally well-recieved. Natsuki, one of Chris’ more animated friends even mistook it for chocolate. However, cracking the bottle open and taking a whiff of the stuff should have been enough to send the alarms off.

Did that stop them, though? For Japan-Britain relations, not in a million years.

Their faces struggle to stay polite in the complete and utter horror show happening to their taste buds. 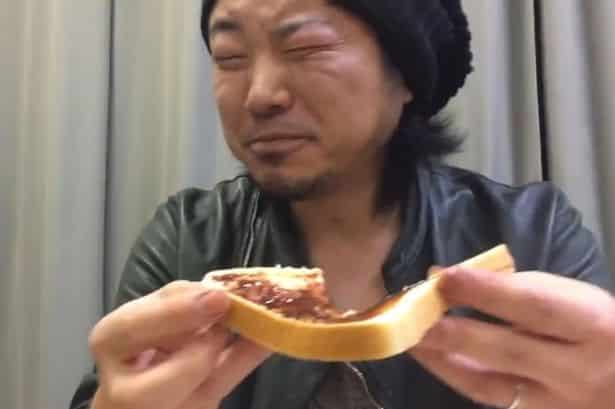 “This can’t be real!” cries Natsuki, halfway through a Marmite-slathered slice of bread.

One of them powers through to finish his serving. “This is far from good”, he says, struggling to chow down on the last few bites dangling from his lips. His female friend turns into the very definition of “I can’t even”, and flees the scene.

The aftermath has the tasters reach a unanimous vote: No thank you, Marmite. “[This is] broken”, Natsuki admits, gesturing to the general vicinity of his mouth.

But that wasn’t the end of it, oh no. Something this… intense is a feeling so good, it’s gotta be shared.

Watch as they brave this salty spread in this video:

Weird Fast Food Menu Items From Around The World [Video]