Missing Cat Found In a Shipping Container Across Australia

One cat’s unbelievable and extraordinary journey across the Outback will end in a little girl and a joyful homecoming.

No, that isn’t the tag line for the latest adventure family coming to you on DVD, but something that really happened earlier in Brisbane, Queensland.

The story all starts with a little girl and her cat. On the 20th of February, Ten-year-old Emily Schilling wondered why it was taking longer than was usual for her three-year-old cat, Pippa, to come home. Emily and her mother, Rebecca, combed the shelters and streets of Darwin, North Territory, for even just a sign of their beloved granite-colored feline.

“The cat went missing, as cats do wander off, and we just expected her to come back at some point, then a couple of weeks passed and… still nothing,” Rebecca shared with Mashable Australia. A fortnight had passed, and poor Emily accepted the sad reality that a number of unfortunate things could have happened to Pippa, and it had certainly broken her heart. 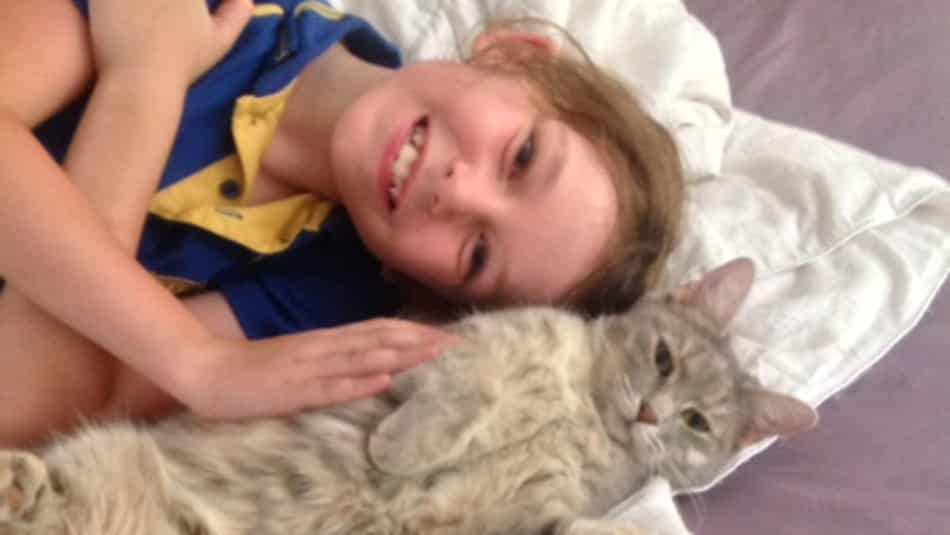 However, seven weeks later, the Schilling family received a call from a very unexpected person — Jason King, their ex-neighbor, who had just relocated to Brisbane, Queensland.

“Seven weeks later,” Rebecca shared, “I get a phone call and a guy saying ‘this your ex-neighbour, we moved to Queensland and we have just opened the container and found your cat”.

King continued to recount that he had opened up the container that held his belongings, and found a sorry-looking Pippa staring back at him — 3,500 kilometers away from home. His things were covered in bodily fluid and fur, and he unfortunately had to dispose of a number of his possessions, but the sorriest one of the lot as the poor lost feline.

Pippa had next to nothing to survive on during the grueling four months — no food, no water, almost no ventilation, and the punishing Australian heat, but it seemed determination saw the little sweetheart through. Animal Welfare League Queensland explains that it is very rare for a cat to survive for that length of time without water, making Pippa one of the hardest four-legged fighters we know.

Pippa is right now in recovery at a Brisbane animal welfare center. Once she has regained some wight and is healthy enough to travel, there’ll be a happy homecoming waiting for her at the Schilling home.

Hello Kitty Is Not A Cat, Internet Freaks Out