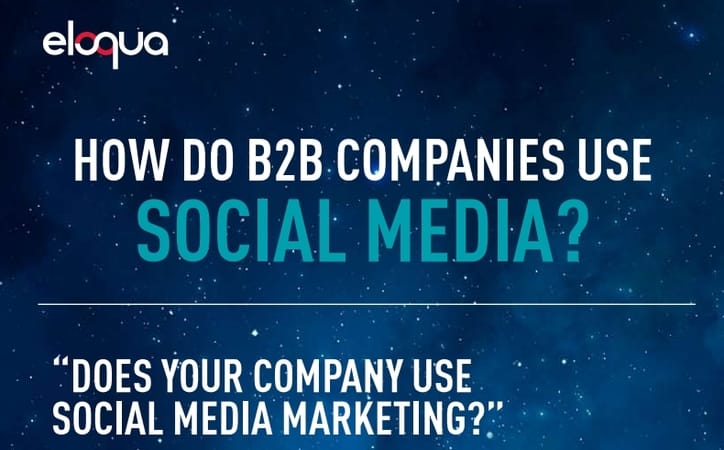 A new study by Eloqua revealed that 36 percent of B2B companies aren’t investing in social media marketing. The study examined 548 companies and how they use social media to promote, interact, and sell.

23 percent answered that their social media presence isn’t under the control of any specific department.

53 percent of B2B companies are not using social media for demand generation. There are several different factors: 43 percent say there is no strategy in place. 33 percent are unclear of the value and 25 percent say it’s not applicable.

For a full look at the infographic, check it out below.