Philip Lyle Hansen is currently facing 11 counts of assault and sex crime charges. Now, the case may seem like a normal career criminal, but his trial is uncovering some very bizarre facts.

The Wellington District Court began proceeding today. The jury heard of Hansen’s strange assault allegations. In a video filmed in 2012, a woman describes how the defendant removed her teeth forcibly before a sexual encounter. The woman, who remained unnamed, described the gory details of Hansen removing “six of her bottom teeth removed with pliers, and her wisdom teeth removed with a screwdriver.”

The strange encounter began one night while taking a drive.

She said they parked and moved to the back seat of the car to have sex.

She alleges Hansen then pulled out a pair of pliers and an oily rag. While holding her against the door, Hansen then removed six of her bottom teeth with a pair of pliers, and threw them outside the car window. He used the oily rag to stop the bleeding, she said.

The woman alleged Hansen told her to open her mouth, before he began to remove her teeth.

“I think at the time he said he didn’t like woman with bad breath and smokers.”

The woman admitted she had been drinking, but she did not consider herself to be “heavily intoxicated”.

“After that sixth tooth came out I got him to stop… I was getting sore and I didn’t want him to go any further. That was the start of the rest of my teeth coming out.”

She said she had the rest of her teeth removed at a dentist to please Hansen.

The teeth pulling wasn’t over for the victim though. After she was fitted for dentures, her wisdom teeth started coming through and Hansen reportedly removed them with a screwdriver.

“He had a screwdriver in his hand, he then tilted my head back… after that he had grabbed the screwdriver and started digging at the back of my gums to try and get out these wisdom teeth.”

With a glass of whiskey to dull the pain, the woman said she was too scared to tell anyone about the assaults. 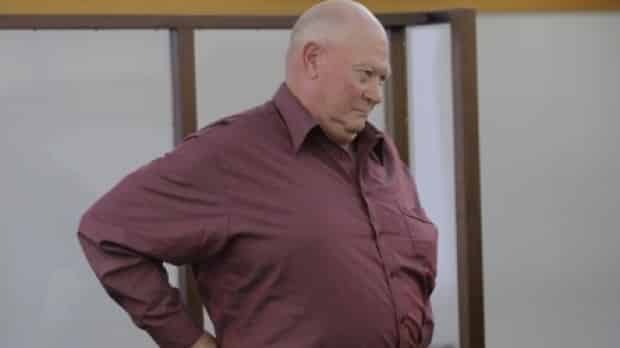 It appears Hansen had a thing against teeth. He reportedly would repeatedly break or hide the woman’s dentures.

The prosecutor in the trial spoke to the jury about Hansen’s bizarre obsession with women’s teeth.

NCAA President Gets His Teeth Kicked In By Twitter Users