by Jonette 7 years ago4 months ago

Someone give this pizza guy a raise. And a medal. And a new ride.

Josh Lewis, 25, left Spinelli’s Pizzeria to deliver an order at Norton’s Hospital. He arrived at around 2:45pm and was taking the pizzas out of the car when he was suddenly stabbed in the back by a man in 40’s and shoved aside as the perpetrator speed of in Lewis’ black Jeep Cherokee.

somehow, Lewis managed to drag himself into the hospital, deliver the hot pizza boxes, and crashing in the middle of ER promptly after. He was rushed to University hospital; doctors discovered one of his lungs had collapsed and several muscles torn from the attack, and set to work right away. 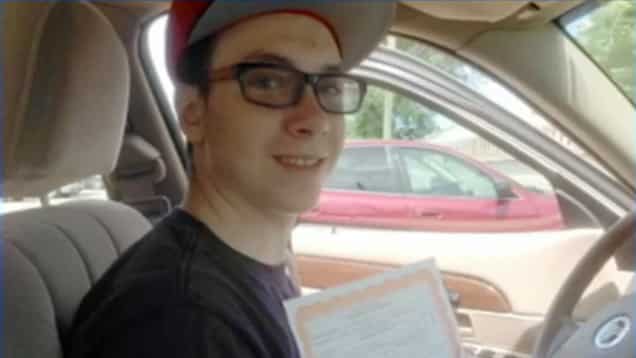 ‘It’s surreal. I can’t believe it happened to him, Spinelli’s Manager Willow Rouben said.  “As he was taking the pizzas out of his car and walking to deliver the pizza, he was stabbed in the back…. “He’s just a sweetheart. He’s a sweet kid and we’re just so sad that this happened to him. Our hearts are broke. We just want him to be OK.”

Rouben shared that Lewis is a college student from Detroit, Michigan attending Boyce College, and has worked on and off in her shop delivering pizzas for the last six months.

Lewis’ black Jeep Cherokee is described to have gold racing stripes and light blue trim. It has Michigan tags with the number CDY6122. You may choose to tip the police by giving them an anonymous phone call at 574-LMPD.

Rouben is amazed at Josh’s resiliency. ‘He was coherent. He’s just an amazing kid and we’re all praying for him. We haven’t stopped thinking about him.’

Josh is reported to be okay and recovering at the hospital, but he and his family are in need of aid. Rouben is currently raising funds for his recovery with a GoFundMe page. If readers out there would like to pitch in and lend a hand, That would be positively awesome of you.

Guy Can Throw Things Into Other Things, Viral Video Stuns Viewers [Watch]
Artist Draws Penises Around Potholes To Get Them Fixed