This book’s novel approach eschews offering straightforward writing advice, and employs blank, lined pages where the reader can set down their ideas (or “inner goddesses”). The book will also contain a foreword from the author, selected excerpts from 50 Shades of Grey, and an inspirational playlist to help reader’s imaginations along. 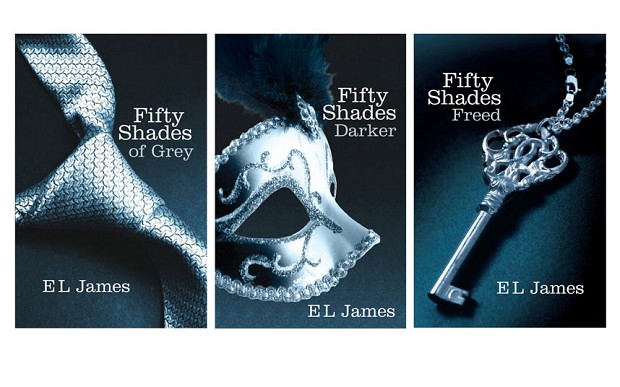 James, whose real name is Erika Leonard Mitchell, first penned 50 Shades of Grey as fan fiction for Stephenie James’ own best-selling trilogy Twilight. Publishers soon picked up on the online popularity (and infamy) of the work. In time, James landed a seven-figure contract with Random House Vintage Books, and later on, a movie deal with Universal Pictures and Focus Pictures for the release of the film adaptation. While this sparked much controversy among the Twilight fan community, the events that have played out for James have indeed changed the game for fiction writers, fan-based or otherwise.

Social Media was quick to snap up the news and deliver their own reactions. The impending release set #50tips on fire, with hilarious results. Users positted: what would James’ writing tips look like?

RT @RRKovar: You only have to *say* your heroine is smart. You never have to show her doing anything smart. Saves time. #50tips

EL James’ new writing guide should be retitled, “How to Turn Your Fanfiction Into a Bestseller — A Primer by SnowQueens IceDragon.”

Tumblr users expressed their sentiments through timess gifs and one-liners: