Jon Stewart has recently announced that his 16th year as host of The Daily Show will be his last. Fans are sad to see him go and wishing him well, and Trevor Noah is well aware he’s got pretty big shoes to fill.

As for Stewart, what are his plans for the future? It’s pretty clear — he has every intention of retiring and rolling in the green — the green, green grass of a farm, that is! 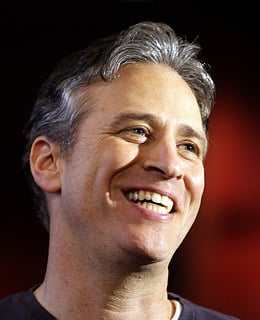 News has it that Stewart has just purchased a farm with intentions of turning it into an animal sanctuary for farms animals rescued from cruelty practices. He and his wife, Tracey, and avid supporters of animal rights, and are very active in their causes in their own respective ways.

Jon Stewart is not one to shy away from hot issues. He not only has done a one-on-one with Bill O’Reilly over exaggerating warzone facts, but also has delivered solid burns on global-warming naysayers and factory farms. this new step in his commitment to fighting for animal rights merits a thumbs up from all of us.

Tracey Stewart is also his perfect match in their shared zeal for the cause. She was first turned on to Gene Bauer’s Farm Sanctuary, and in turn established Moomah, an online magazine dedicated to mindful, cruelty-free living. she is also vegan, and makes it a point to take her kids regularly to cruelty-free farms “after homework” as part of their everyday learning.

Because of Jon and Tracey’s many efforts in giving farms animals a better chance at life, Farm Sanctuary has named two rescued sheep after them in their honor.

Jessica Williams: “I Am Not Replacing Jon Williams As ‘Daily Show’ Host”

New ‘Daily Show’ Host Announced; You Probably Have No Idea Who He Is