As the unrest in Baltimore continues, two major companies are under scrunity for doing what they thought was an act of goodwill.

The local Whole Goods and Five Guys Burgers & Fries restaurant passed out free sandwiches and burgers to the hundreds of National Guard members who were sent to assist Baltimore police.

The social media backlash began after a Baltimore Whole Foods store posted a picture of some troops posing with a bag from Whole Foods. 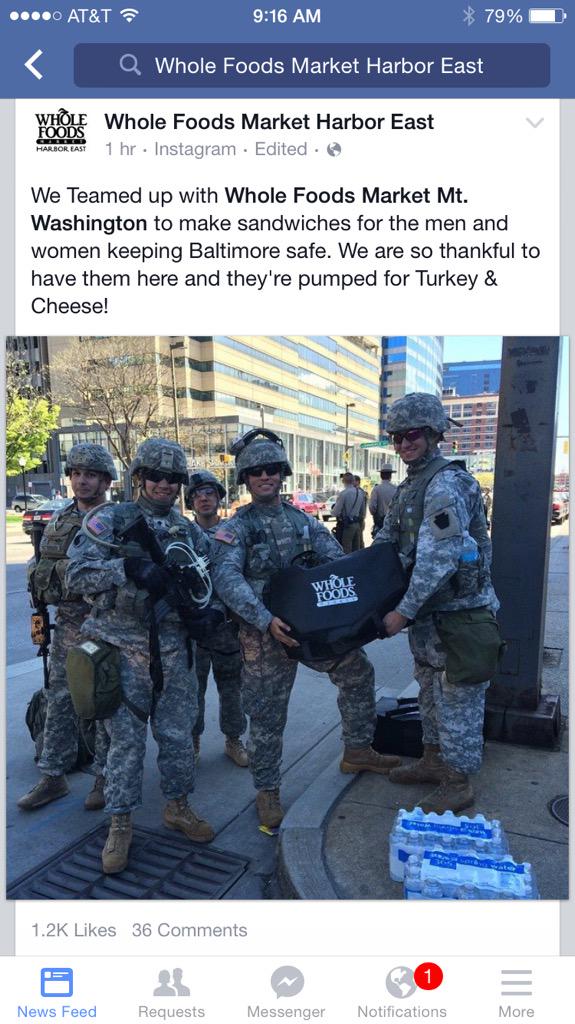 Many called the act of kindness tone deaf to the many of children in Baltimore public schools who had to go without lunch after school was cancelled due to the ongoing violence.

As Baltimore's poorest kids are left hungry due to school closure (no school lunch), @WholeFoods feeds the oppressor https://t.co/5maDJK5crX

More than 84 percent of children enrolled in local public schools are eligible for the free or reduced price lunch program.

Five Guys received the same criticism after handing out burgers to hungry troops.

Whole Foods has since deleted the tweet. The store then released a statement saying it was also helping feed those needy children and they were quick to share that fact with their critics.

@mooneyedmelly We’re also working with the Baltimore Department of Recreation and Parks for ongoing lunch and snack donations.

Adrian Peterson: Baltimore Ravens Fans Are The Worst In The NFL