The Houston Rockets defeated the Dallas Mavericks in the NBA playoffs on Wednesday night and it seemed they were too excited to think rationally.

The Rockets tweeted out a joking status to celebrate as the game neared a close.

The joke was considered by many to be referring to the act of rape and considered extremely offensive. The tweet was quickly deleted, but not before several users took screenshots. 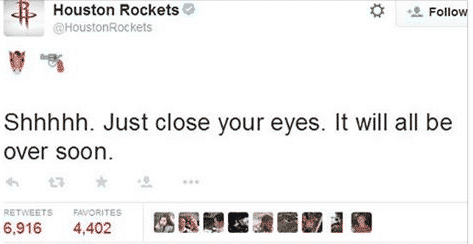 The tweet read, “Shhhh. Just close your eyes. It will all be over soon” accompanied by emojis of a gun and horse. While the tweet was in poor taste, the Dallas Mavericks responded professionally. “Not very classy but we still wish you guys the best of luck in the next round.”

Once the Rockets realized the magnitude of their mistake, an apology was tweeted out. “Our Tweet earlier was in very poor taste & not indicative of the respect we have for the @dallasmavs & their fans. We sincerely apologize.” 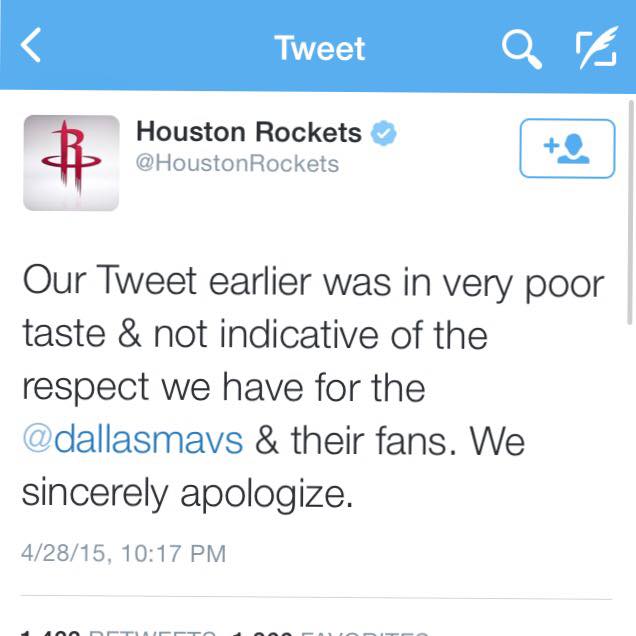 We wonder if karma will play a role in the team’s road to a championship?