Alice Eve is a fierce and very vocal feminist, but her comments have shed some light on one of the biggest misunderstandings in feminism.

Earlier this week, Eve left a scathing comment on her Instagram page and accused Bruce Jenner of “playing at being a woman” over his coming-out interview as a transgender woman last week. 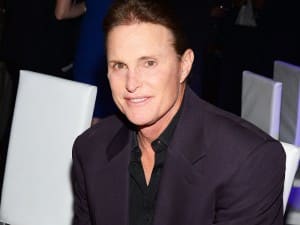 After a few commenters expressed their support for Bruce Jenner’s choices, she keyed in with “Nope, ‘If you were a woman no one would have heard of you because women can’t compete in the decathlon. You wouldn’t be a hero. You would be a frustrated young athlete who wasn’t given a chance.” To make matters worse, she added, “Until women are paid the same as men, then playing at being a “woman” while retaining the benefits of being a man is unfair…. Do you have a vagina? Are you paid less than men? Then, my friend, you are a woman.”

Instagrammers rallied to Jenner’s defense, and Eve tried to engage them further before deleting her two posts. “I do agree that the struggle for transgenders is unique and horrific,” she said. “However, I do want to also support a cause I strongly believe in, the right for women to have equal rights to men. The transgender equality struggle is the next one, as we all know. And very real it is, too.”

Bruce Jenner identifies as a woman, prefers male pronouns, and is currently going through gender reassignment.

While Alice Eve’s comments do raise pertinent issues on equality in pay and competitive fields for women, her comments nonetheless isolate transgender women, and exhibits an ignorance in recognizing trangender women as sisters, regardless of gender expression.

A number of twitter users have expressed their disgust over Eve’s comments.

man alice eve posted something transphobic n stupid to support her ‘white feminism’ on insta and i had to unfollow ugh.

Alice Eve’s “clarification” about her transphobic comment is more transphobic than her initial one.

At present, Eve’s comments have been deleted, and she has issued a public apology for her comments. In a statement to People magazine, she states: “I deeply apologise for offending anyone. I support equal rights and equal dignity for all. I have deep compassion and support for Bruce Jenner.” She also issued a statement to The Mary Sue, saying “My intention was not to offend. My intention was simply to express that, with the overdue and welcome acceptance of us all living on a gender spectrum, we must encourage equality for all.”