A state of emergency has been declared in Baltimore, Maryland as the city continues to be plagued by violence, looting and protests. The violent protests stemmed from the death of 25-year-old, Freddie Gray, the nation’s newest symbol of police brutality. The young black male suffered a severe spinal injury during an April 19 scuffle with police. Cell phone video shows the man being dragged to a patrol car while screaming in pain. Gray slipped into a coma and rushed to a local hospital where it was discovered that 80 percent of his spinal cord was severed and his larynx was crushed. His death reopened the battle between African Americans and police officers. Gray’s death spawned protest, which were peaceful until his funeral Monday afternoon.

By nightfall, peaceful protests had turned into violence and looting. Baltimore authorities received threats of violence from many sources, including news that members of various gangs, including the Black Guerrilla Family, Bloods and Crips, had “entered into a partnership to ‘take out’ law enforcement officers.”

With more than 15 officers injured, the city of Baltimore is still enveloped in chaos.

The National Guard has been deployed into Baltimore to help end the violent rioting and renew peace in the city.

Social media has played a huge role in the protests and controversy in the recent police brutality issue. #BaltimoreRiots quickly became a top trend on Twitter and many users are sharing videos of the violence, calls for peace and other firsthand experiences.

Many videos are circulating of people acting out in violence, but some of the citizens of Baltimore just want peace. One Twitter user, @ACFromDaBranch posted a video of a black male putting himself in front of police in complete riot gear. He pleads for the protesters to leave the officers alone. “Don’t give them a reason,” he warns the mob.

And he wasn’t the only one calling for a peaceful conversation to resolve the conflict.

This man knows what he is talking about #BaltimoreRiots

Another video that is quickly going viral is footage of a mother discovering her son is playing a role in the violence. She is seen on camera beating him in the street. Dressed in all black clothes and a ski mask, it is obvious the son was up to no good. The footage was aired live on CNN. The mother’s actions have been applauded by many. Some are even calling her “The Mother Of The Year.”

Unfortunately, this wasn’t the only the young person caught up in the violence. In fact, so many juveniles were in the fray that authorities sent out a warning to all Baltimore parents.

Several juveniles are part of these aggressive groups. WE ARE ASKING ALL PARENTS TO LOCATE THEIR CHILDREN AND BRING THEM HOME.

Even still, young people gathered in mobs to commit acts of violence and looting. #BALTIMORELOOTCREW became another trend on Twitter. The hashtag links to a number of juveniles holding guns, threatening violence and proposing harm to police officers. Unfortunately, it doesn’t seem as if these teens understand the meaning of peaceful protests.

These kids were looting everything, from iPads to soda. Even Disney Frozen merchandise (as pictured in the above status.) As picture after picture of stolen goods were uploaded with the hashtag, some of the young people realized maybe it wasn’t so wise to publicly post their criminal acts.

The hashtag should provide a plethora of evidence for the Baltimore Police Department.

The looting turned into stealing or destroying anything. It didn’t matter what it was, like this kid who thought it would really send a message to steal a UPS truck. He even remembered to buckle up. #SafetyFirst. 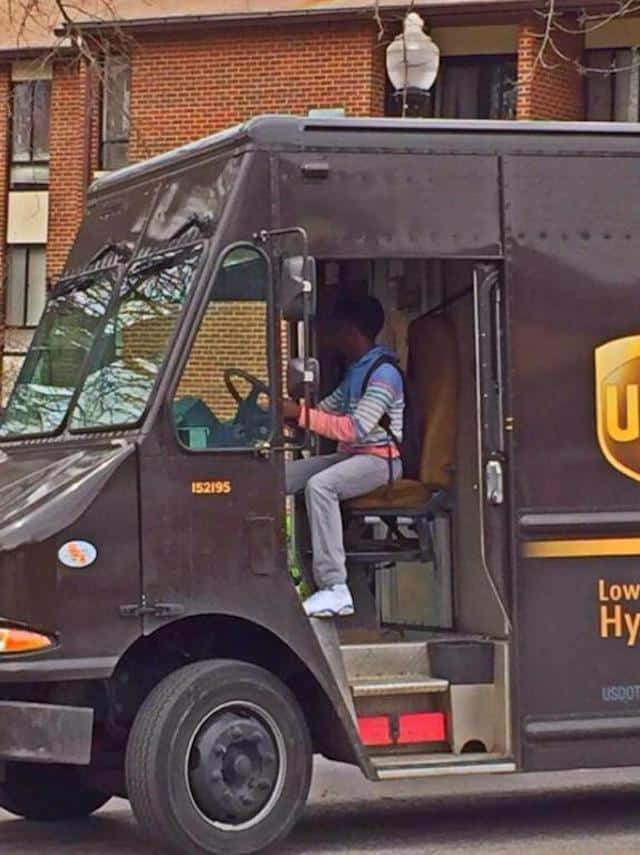 Of course, there are bizarre acts happening among the violence. For example, many protesters reported hearing Michael Jackson music. Apparently, this man thought it was a good time to put on his best Michael Jackson impersonation.

As the riots continue, social media allows a window into the chaos.