Depression Can Change Your DNA: Study

Depression may drastically change your emotional climate, and there may seem to be no end in sight. A new study shows that depression could also affect you in a very physical way, on an intimately cellular level.

Scientists at the Wellcome Trust Centre for Human Genetics created a study that arrived at this conclusion. This finding was so surprising that the scientists was rather skeptical at first, and had to run a number of tests again and again to convince them of its conclusiveness and to rule out coincidence.

It all began with an examination of the DNA of 11,000 people with stress-related depression. At first, scientists were looking for a gene linked to an increased risk of depression. Instead, they found a potent link between the level of stress and the length of mitochondria in the participant’s cells.

We understand that mitochondria is the powerhouse of the cell and they create power for the cells to thrive. However, in people with depression, it’s interesting to note that the mitochondria increase in length in the same way that white blood cells populate in the presence of an infection — in the face of stress, cells struggle to get power, and so compensate by creating more and more mitochondria to keep up with the energy demand. 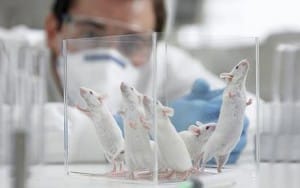 A study was next performed by subjecting a group of lab mice to four weeks of stress. The scientists found out that not only did the mice exhibit an increase in mitochondria, but a notable shortening of their teleomeres. (Telomeres are tiny caps at the end of our DNA that shield our chromosomes from depletion and protect our genetic information. These telomeres shorten with every DNA division, until the DNA can divide no more.)

Now, what exactly does stress-induced Depression have to do with telomeres? The study concludes that as stress degrades the length of the telomeres, so does it reduce life expectancy. Stress-induced depression may be caused by environmental sources: a lack of food, a history of abuse, aggravation due to alcohol, and more. However, a ray of light is to be found in the study: when the stress let up, the mice’s telomeres also recovered.

This bit of positive news provides some exciting possibilities to the future of treating Depression. This way, it could lead to possibilities where the success of a recovery may be determined from a molecular level.

Watch this video clip to understand more about Depression: