Be still my beating heart.

All of those beautiful, and expensive, Apple products fully submerged under soapy water. Soapy should be a term used loosely, but the various bubbles add a nice touch.

The Japanese woman posted pictures of the Apple bath on twitter a few days ago and has been retweeted over 15,000 times. Twitter handler @foolishnessfly2 posted two photos, one of just the iMac and then she probably wanted to get it all over with and tossed EVERYTHING else in there too. This bath ain’t big enough for all of us.

This cheating boyfriend had so many apple products, she had to remove the iMac and use another bath. From the looks of the photo, the second bath included iPhones, iPads, iPad minis, MacBooks, possibly an Apple TV, and a few more things. 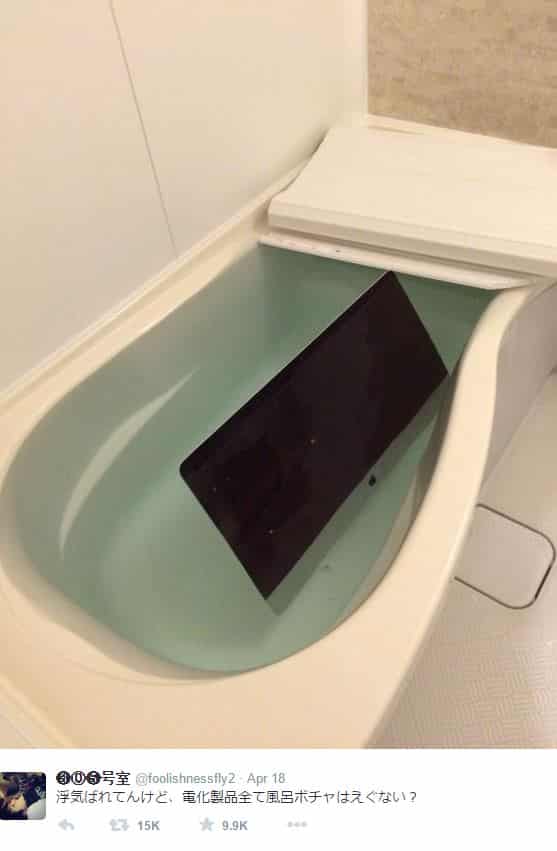 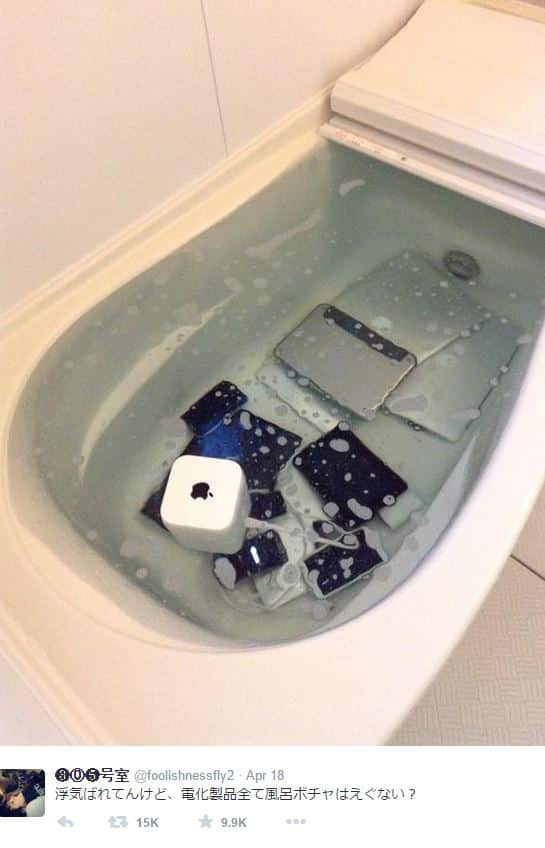 I hope he has enough rice to fill that bathtub. Those will have to dry for DAYS. If they are even worth saving. Also, why isn’t #AppleBath a thing yet?

Where is the boyfriend’s reaction? *Waits patiently for his freak out*