Lindsay Lohan should think twice about what she posts to Instagram. On Tuesday afternoon, Lohan posted what was supposed to be an inspirational message to her profile, only to quickly regret it. 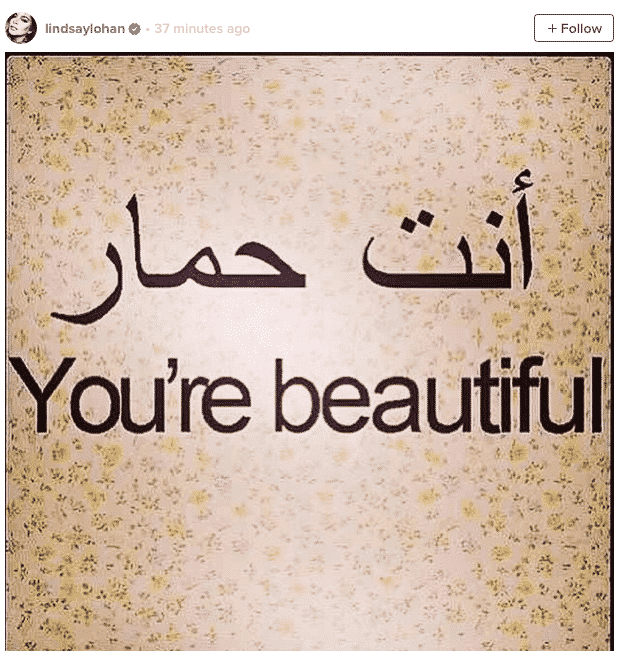 The photo shows the message, “You’re Beautiful” in English and Arabic. The only problem is the Arabic message doesn’t translate into that message. It actually translates into something much less inspirational. The starlet’s Arabic Instagram followers were quick to point out that the message translates to “You’re a donkey (or an ass).” Oops.

Lindsay has been keeping out of the spotlight lately. She has relocated to London and has vowed to never return to Los Angeles. She claims to have quit the party and drug scene. It seems her troublemaker ways are in the past, but everyone will make a mistake every now and then. At least Lohan’s was just a social media slip up.

The photo has since been deleted, but we’re sure Lohan feels like a big, umm, donkey.