MTV has announced that it will be bringing back one of its older shows, as well as introduce two new ones. Viacom-owned MTV2 is reviving the claymation comedy show, Celebrity Deathmatch. The show pitted celebrities against each other in a fight to the death. In the past, the show has featured celebrity matches such as Jack White versus Jack Black and Dave Grohl versus Courtney Love. The no-holds barred matches are usually gruesome and over the top, but that’s what has fans tuning in. The revamping comes eight years after the show was cancelled, but creator, Eric Fogel says the show will still have the same action. Of course, there had to be some updating to the show’s format, such as hourly Twitter wars and a high social media presence.

The Hollywood Reporter writes, “The original series ran for 75 episodes on MTV from 1998-2002 before it was canceled, only to be revived by MTV2 in 2005 as part of a Friday programming block that ultimately aired in 2006. The fifth season, produced by Cuppa Coffee Studios, drew 2.5 million total viewers to the network, becoming MTV2’s highest-rated season premiere ever before the series was canceled for a second time in 2007.” 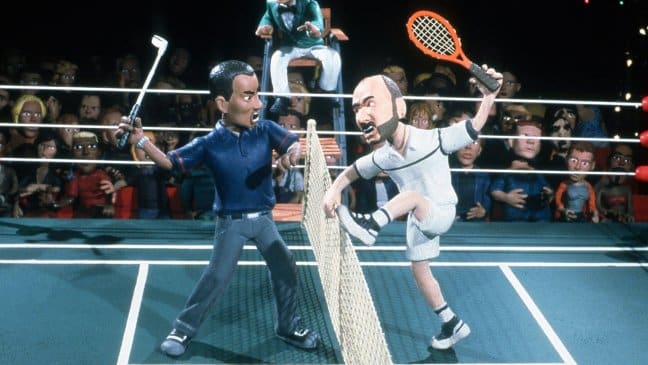 MTV2 has also picked up two other shows. Kingin’ With Tyga is a six-episode half-hour series that will follow the rapper and his friends as they attempt stunts and indulge in a lavish lifestyle. The other show is a, eight-episode, half-hour comedy talk show hosted by Charlemagne called Uncommon Sense With Charlamagne tha God.

MTV2’s future is looking bright. Even before the new lineup announcement, the channel had seen tremendous growth.

Justin From ‘Catfish’ Says MTV Is Catfishing Everyone [Video]