The MTV Movie Awards have been entertaining fans for years. Each year the best actors, musicians and celebrities converge on the awards show. Of course, not a year goes by without crazy fashion statements, amazing musical performances and shocking moments. While everyone is still talking about this year’s shows, we thought it would be interesting to take a look at the memorable moments at the 1995 MTV Movie Awards. 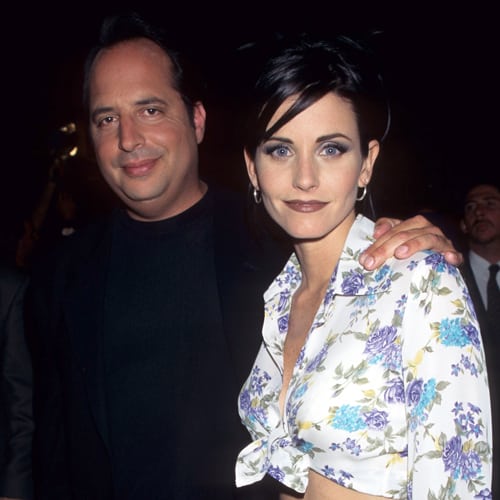 On Saturday, June 10, 1995, The MTV Movie Awards kicked off at Warner Bros. Studios in Burbank, California. Hosted by Jon Lovitz and Courteney Cox, the show was filled with now memorable 90’s moments. Cox was at the peak of her popularity, as her show Friends was one of the most watched sitcoms. Ironically, Lovitz appeared on a couple of episodes of the show, but he is more widely known for his comedic performances on Saturday Night Live and various movies. The duo opened the show with a song with Cox on drums.

Cox and Lovitz most memorable moment of the night was their skit about Lovitz’ trouble landing a leading role in Hollywood. Cox compared him to opera singer, Luciano Pavarotti because of his weight. Despite, their chemistry as hosts, two other stars shined as a duo, Keanu Reeves and Sandra Bullock. The two took home awards for “Best On-Screen Duo”, “Most Desirable Female” and “Best Female Performance”, not to mention their film, Speed was a huge hit of the night.

TLC performed their 90’s hit, Waterfalls. The hit song was the third single for the trio and debuted in 1995. Waterfalls made a huge impact on the MTV community, as the song tackled tough topics, like the HIV epidemic. Not only did the group perform the Grammy nominated hit, the song won 5 awards that night. The group’s outfits screamed 90’s with metallic pants, crop tops and Dolce Gabbana underwear bands.

Hip hop and R&B weren’t the only musical genres present in the show’s lineup. Blue’s Traveler performed Run-Around. Rock band, The Ramones shined in one of their last performances as a group with a medley of songs nominated for “Best Song From A Movie.”

Pulp Fiction is remembered by many as one of the greatest movie of all time, but back in 1995 the cult classic has just been released. The film won “Best Movie” and beat out Forrest Gump, The Crow, Interview With A Vampire and Speed. The leads in these films were also pitted against each other for “Best Male Performance.” Brad Pitt took home the award for his role in Interview With A Vampire.

A memorable award moment happened when a young Kirsten Dunst won “Best Breakthrough Performance” with her role in Interview With A Vampire. Surprisingly, she beat out Cameron Diaz (The Mask), Hugh Grant (Four Weddings and a Funeral), Mykelti Williamson (Forrest Gump) and Tim Allen (The Santa Clause).

Another moment that lives on in award show history comes from film director, Quentin Tarantino. The movie mogul took the stage to accept an award for “Best Film.” Tarantino took this as an opportunity to make a joke to the audience. “Pop quiz, hot shot! What do you do when you’ve been going to award show after award show all year long, and keep losing to Forrest Gump ?” Audience: What, Mr. Tarantino? “You go to the MTV Movie Awards!”

Miley Cyrus Does A Complete 180 At The 2014 MTV VMAs, Uses Acceptance Speech To Advocate For Homeless Youth