Anti-vaxxer Abandons Cause After Her 7 Kids Get Whooping Cough...

Tara Hills, a mother of seven children in Ottawa, Canada, has had it with the anti-vaccine movement. She writes on The Scientific Parent Blog, “I’m writing this from quarantine, the irony of which isn’t lost on me. Emotionally I’m a bit raw. Mentally a bit taxed. Physically I’m fine.  All seven of my unvaccinated children have whooping cough, and the kicker is that they may have given it to my five month old niece, too young to be fully vaccinated.”

She has turned her back on the cause which she was once a staunch believer of, and wrote from quarantine how all of her seven children were infected by whooping cough, which may have possibly started from her ill brother-in-law bringing the disease into a nigh-absent vaccine household — with one very young immuno-compromised relative who may be in dire danger.

“My youngest three children were coughing so hard they would gag or vomit,” she continues. “I’d never seen anything like this before. Watching our youngest struggle with this choking cough, bringing up clear, stringy mucus – I had heard of this before somewhere.  My mom said I had it when I was a kid. I snapped into ‘something is WRONG’ mode.”

A thorough search on a number of medical websites had matched her children’s symptoms — all of them — with that of whooping cough. 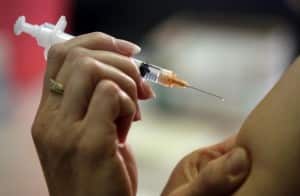 The anti-vaxx movement gained much support in 2013 when Terri Pearsons, a pastor of the Eagle Mountain International Church based in Newark, Texas, was vocally critical of the vaccines in the face of a church-wide measles outbreak. Listening to their pastor’s criticisms and being in the grip of accusations of it being the cause of autism in children, the church-goers refused vaccination, and soon spread the measles to the congregation, staff, and day care. Despite warnings and strong admonitions from the scientific community, many parents still suspect the motives behind vaccination, and legally hold that they have the right to choose their children not be vaccinated.