It was an unbelievable sight on a Florida beach as a bobcat was seen dragging a shark from the waves. While it is widely known that large wild cats, including bobcats, are excellent fishers, no one expected one to capture a shark. 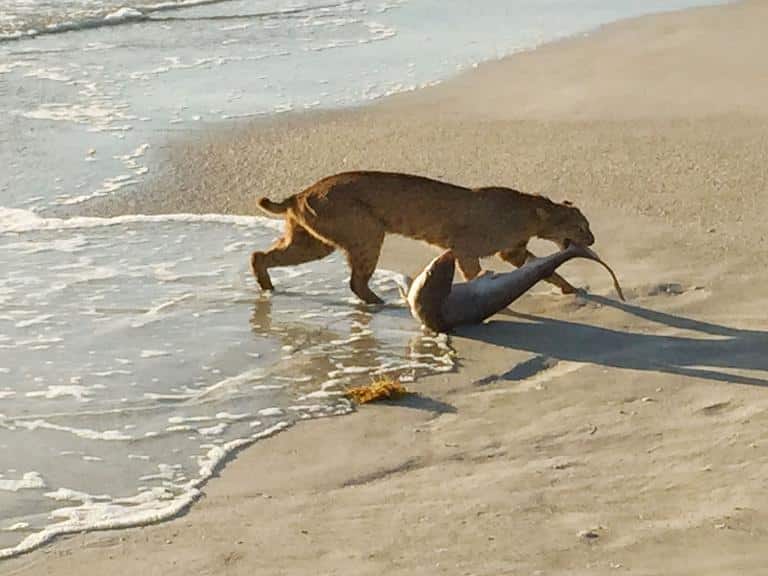 The once in a lifetime moment was captured on camera by beach goer, John Bailey. Bailey was walking along Sebastian Inlet State Park when he saw the bobcat fishing. The cat leaped out of the water and dragged a large fish from the water. The fish ended up being a three or four feet long shark. Bailey began snapping photos, when the cat suddenly startled and ran off into the woods, leaving its prey.

Bobcats are known to eat a variety of animals, including fish, but the Florida Fish and Wildlife Conservation Commission says this is the first time a bobcat has been seen in saltwater.

The photo has been scrutinized by people who said the photograph was fake, but experts say the photo shows no signs of being fake.

‘Dead’ Cat Buried, Claws Its Way Back To Life