Sarah Thomas’ dream came true as soon as she saw a New York number pop up on her caller ID. It was the NFL calling to say she would be hired as the first female referee.

It was a huge milestone for women and the NFL as Thomas will be a line judge for the 2015 season. The NFL announced Thomas’ employment at a conference on Wednesday morning. It also hosted a conference call for the newly hired official. Thomas remained humble and self-deprecating as she answered questions from the media.

“It’s just a mindset of an official that you don’t want to be seen or noticed,” Thomas said on a conference call with reporters. Unfazed by all of the attention, Thomas has already served as an official at the major college football level.

She was asked how she would present herself on the field. She normally appears with her hair tucked into her cap, she says that she doesn’t do that to hide the fact that she is a female, but that it has become a comfortable habit. She is quick to add that she knows she will stand out.

“I know that I will probably stand out being the first,” she added, “but as far as players and coaches, I’ve been around a good little while, and I think they know who I am and just want to make sure I can do my job.” 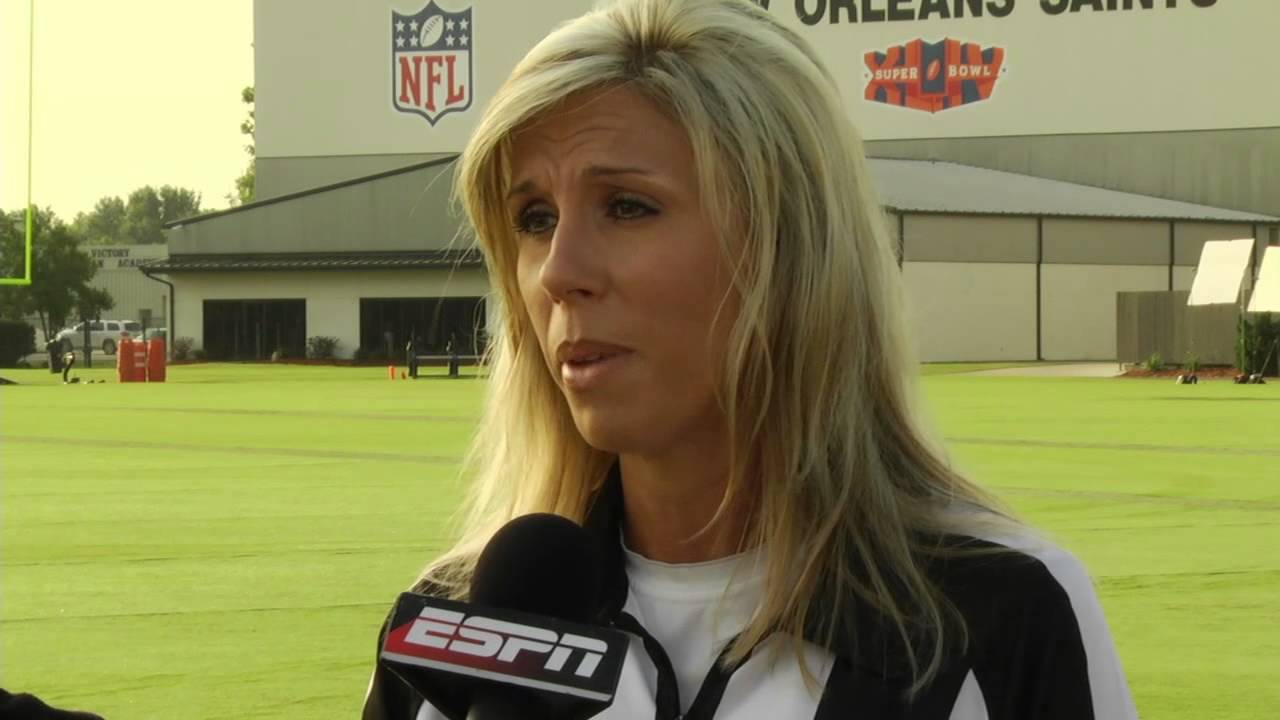 Not only has Thomas refereed at the college level, but she has also worked for the NFL in other capacities. “Thomas was in the league’s officiating development program in 2013 and ’14 and has worked at minicamps, training camps and exhibition games. She has officiated for Conference USA since 2007, with assignments including the Senior Bowl, the Pizza Bowl, the Fight Hunger Bowl, the Medal of Honor Bowl, and the league championship game in 2010 and ’14.”

Many have speculated that Thomas would be treated differently because of her sex, but she disagrees.

“Everyone has been very professional and looked at me as another official,” Thomas said.