Woman Thanks Thieves For Stealing Her Car

Imagine thanking the thieves that stole your car. That is exactly what Becky Schoenig of St. Charles, Missouri did after her car was stolen from her driveway last week. Schoenig thought she would never see her 2015 Ford Fusion again, but she thought wrong.

After realizing her car was stolen, Schoenig posted a photo of her car to Facebook. Mick Sexton in St. Louis saw the photo and immediately recognized it after he saw a mutual friend post another picture of it. Sexton alerted the police to the car’s whereabouts and the Fusion was returned to Schoenig.

Surprisingly, the car had a few upgrades. The standard black Ford Fusion now sported red stripe on the side and red wheel covers. 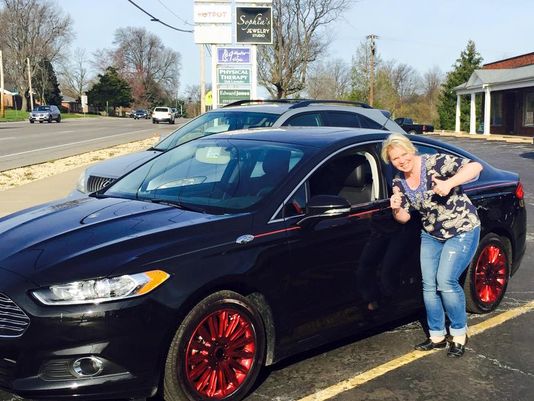 Schoenig once again took to Facebook. This time to thank the thieves for her new “pimped out” ride. “I want to thank the car thieves for pimping out my vehicle for me. … This thing is pimpin’ now!!!”

Although, it wasn’t all great. Schoenig had to get the car professionally detailed because the interior reeked of cigarette and marijuana smoke.

Schoenig says she owes the return of her car to karma. She believes that if you send happiness out into the world, that it will return to you.

Vanilla Ice Arrested For Burglary, Twitter Has A Field Day