Chocolate Can Now Be Tastier & Healthier, Because Science

The month of April has brought us two very good reasons to celebrate with chocolate: Easter, and #Chocobatch. However, a good number of you out there are probably thinking there can be too much of a good thing, specially  with our favorite cocoa in question. News has it, thought, that chocolate lovers can now have bigger, better reasons to love about it, all thanks to science.

The awesome researchers University of Ghana found a new method that just could move up chocolate into the higher rungs of the health food ladder. Before cacao beans can be turned into candy bars, they’re first harvested as pods, removed from the pods to ferment, dried in the sun, and then roasted and ground to be turned into chocolate. They noticed that much of the polyphenols, the nutritive element in the beans, is lost in the harvesting process. However, they also discovered that there was a good way to not just retain the polyphenols, but to also boost its amount in the beans. 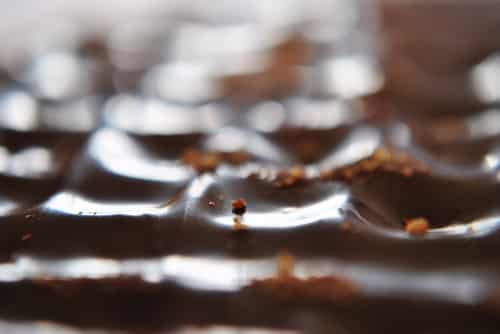 “We decided to add a pod-storage step before the beans were even fermented to see whether that would have an effect on the polyphenol content,” Emmanuel Ohene Afoakwa, one of the researchers and authors of the study, said in a news release.

So what kinds of benefits are there exactly to be had from polyphenols in chocolate? This nutritive element not only aids in maintaining blood health and prevents heat attacks, but also helps strengthen the immune system to fight cancers, allergies, and cognitive decline. You can also get your daily recommended dietary allowance of polyphenols through apples and green tea — but I think most of uis can agree that chocolate is by far the sweetest choice of all.

photo credit: Box of Chocolate and hobnob via photopin (license)

Crispy M&M’s Are Coming Back This January