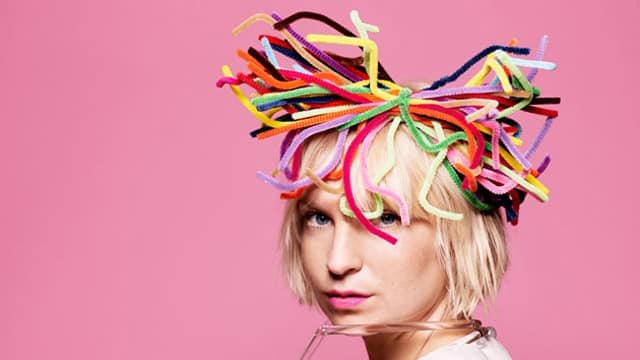 Once upon a music video, before Maddie Ziegler and Shia LeBoeuf, before Chandelier, and before the iconic platinum blonde wig — there was Sia.

And this Sia could never be more different from the more public, popularity-shy Sia we know and adore right now. As a matter of fact, the pre-Chandelier Sia may perhaps be more described as an acquired taste, but all the same, her earlier videos will give you a sneak peek at her imagination, her candor, and her humor.


Silly as these faces look, you gotta admit, these do seem pretty fun to do on your own. (Specially the hose-pulling one.) Kooky as this video is for a song about pushing a potential lover away because of personal baggage, Sia commits like anything: that stunt trapping her head in a condom is no joke.

2) The Girl You Lost to Cocaine

Sia dresses up as different kinds of women — wigs, shoes, makeup, body padding, the works — all to drive the point home: face it, buddy, I got to move on, you’re too into your crack for me to respect myself when I’m with you.

Another delicious romp, Sia leaps buildings, gyrates on volcanoes, and chills out on trees, all thanks to her inventive DIY costumes and puppet bodies. You’ve just got to love how Sia embraces her silliness, lets it out and lets it have its own brand of nutty fun.

One of her more subdued, restful songs, Sia sings about finding peace from a world of hurt and disappointment through sleep. The dream-like quality of the video — the neon hands, glow-in-the-dark accents against black light — certainly make for a vivid, whimsical subconscious state.


Sia turns iconic 80’s high school yearbook photos into a game, DIY style. The inventiveness, timing, and whimsy in all of it is just too fun to not be taken by it.

We want to know what you think. Cast Your vote:

Now that the election results are almost final, we all want to ask what’s going to happen to Donald Trump after leaving the office? All US Presidents inevitably reach the point where they leave the White House.  Besides, the constitution states that all US Presidents are subject to a two-term limit. What do former presidents… END_OF_DOCUMENT_TOKEN_TO_BE_REPLACED

This is the first time in modern history that the US held presidential elections in the middle of a pandemic. In truth, the US elections may have overshadowed COVID-19 and the side effects are limitless. America is facing a tough crisis of discontentment with the current administration. An understandable case but a situation that may… END_OF_DOCUMENT_TOKEN_TO_BE_REPLACED

America’s political climate has been seeing records of changes over the past few decades. However, US election results record a list of surprising firsts for the first time in a long time. With the power of the youth overpowering the US election results, we see how differently they see the world. It shows how inclusivity… END_OF_DOCUMENT_TOKEN_TO_BE_REPLACED