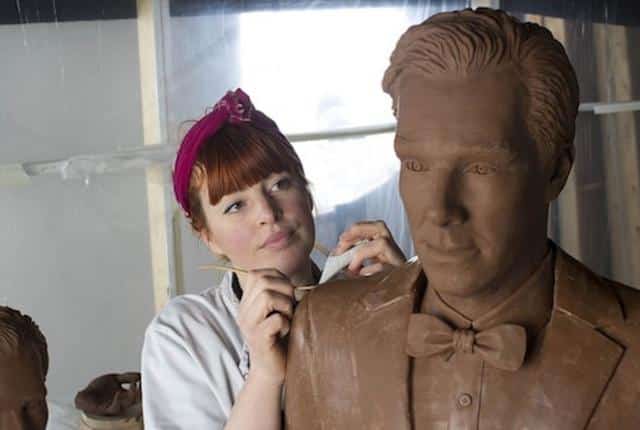 British heartthrob Benedict Cumberbatch may be in a relationship, but it looks like the star just got much sweeter to fans.

In a bizarre promotion campaign, UKTV bestowed Cumberbatch with the award of “TV’s Dishiest Drama Actor.” Cumberbatch went up against other actors, such as David Tennant from Dr. Who. Cumberbatch won by an extremely small margin of 1 percent to win the one of a kind prize, a life-sized statue made entirely of Belgian chocolate. Did we mention it would be sculpted to look just like Cumberbatch?

Dubbed “Benedict Chocobatch”, the delicious sculpture took eight people to create. Putting in more than 250 hours of work, the team was made up of a sculptor, chocolatier and model maker. The intricate designed statue will go on display in London at the Westfield Stratford City shopping center.

At six feet tall and 88 pounds, the Chocobatch will not only be a sweet display, but will also make the most handsome snack for his fans.