Margarita Suarez spent her life taking care of stray animals. Her love of animals made her well-known in her hometown of Merida, Mexico. Everyone knew Suarez fed a pack of stray animals daily and even carried around a bag of food in case she came across any needy animals.

After a long life, Margarita passed away and was remembered by loved ones at a funeral. During the ceremony, some unexpected guests began to appear. A pack of stray dogs had shown up outside the doors of the funeral home. At first, the funeral home operators did not known what to do, until they realized the dogs were there to pay their respects to the woman who took care of them. 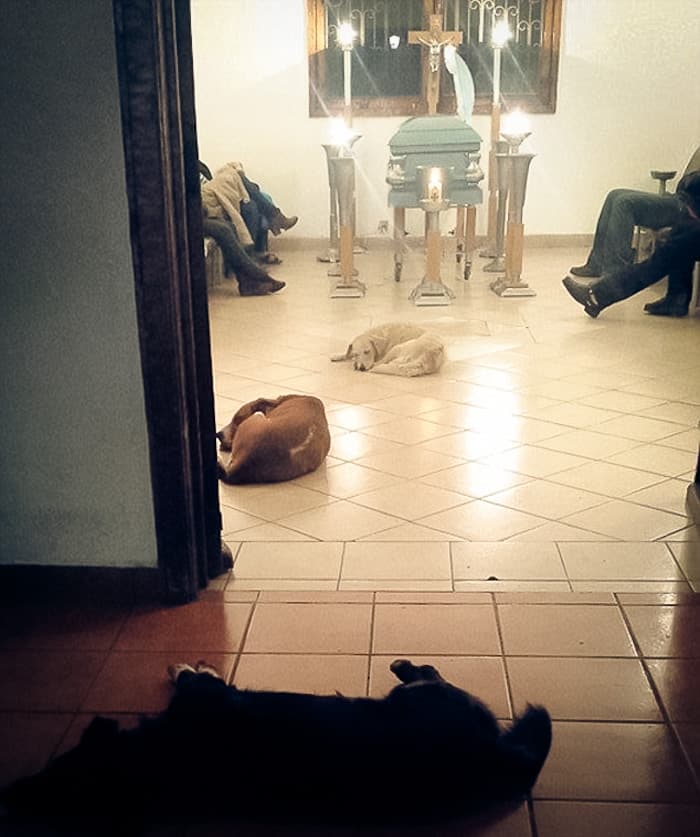 The photos show the dogs laying around the casket. Funeral guests said it was visible that the dogs were grieving the loss of Margarita.

“In pain, they jumped for joy, it was wonderful,” said Margarita’s daughter.

The dogs not only attended the funeral, but they followed the hearse to the cemetery. The dogs refused to leave Margarita’s body until the casket was fully buried.

This sweet story shows that animals are extremely loyal to those that take care of them until the very end.

Dogs Are Afraid To Walk By Cats. We Understand. [Video]