Nope, it’s no April Fool’s prank announcement: A live-action version of Disney’s epic adventure Mulan may be coming to the silver screen soon.

Disney bought a script written by Elizabeth Martin and Lauren Hynek based on the life of Hua Mulan, the unlikely female warrior and dutiful daughter who assumed a man’s guise to take her father’s place in the army, and the eponymous hero of the 1998 blockbuster animated film. Chris Bender and J.C. Spink (The Hangover, We’re The Millers) are set to produce the film under their banner Benderspink with Jake Weiner. 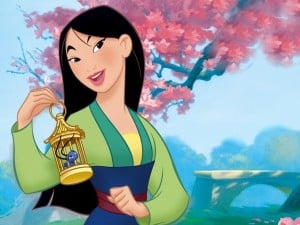 With the release of the animated full-length feature, Hua Mulan became an inconic figure for little girls the world over, and soon joined the ranks of Disney’s Princesses. Mulan not only broke the mold for Disney’s female protagonists as someone who was not afraid to fight and take up arms for what she believed in, but also became one of the first solid representations for Asians in media and a step forward in diversity in media.

The live-action Mulan is the next project in line in a series of Disney’s successful live-action ventures. Maleficent, a live action re-telling of the Sleeping Beauty story from the perspective of the fae villainess, was a box office success, reaching a $700-million mark all over the world. The live-action Cinderella next graced silver screens internationally, and earned a goodly sum of $23 million dollars.  The live-action Mulan is expected to perform just as well as its predecessors.

Disney is next to produce a live-action retelling of Beauty and The Beast, starring Emma Watson, Dan Stevens, and Audra McDonald, and is set to hit theaters on March 17, 2017. 2016 will see a retelling of Rudyard Kipling’s The Jungle Book and the sequel to Alice In Wonderland.

Disney 2015 Lineup Will Be Epic