On March 31, the Trans* flag flew free and proud over social media skies as users on Twitter and Tumblr came forth in all their glorious, resplendent selves this International Transgender Day of Visibility.

Before we continue with this post, first, a quick primer from our friends over at It’sPronouncedMetrosexual: 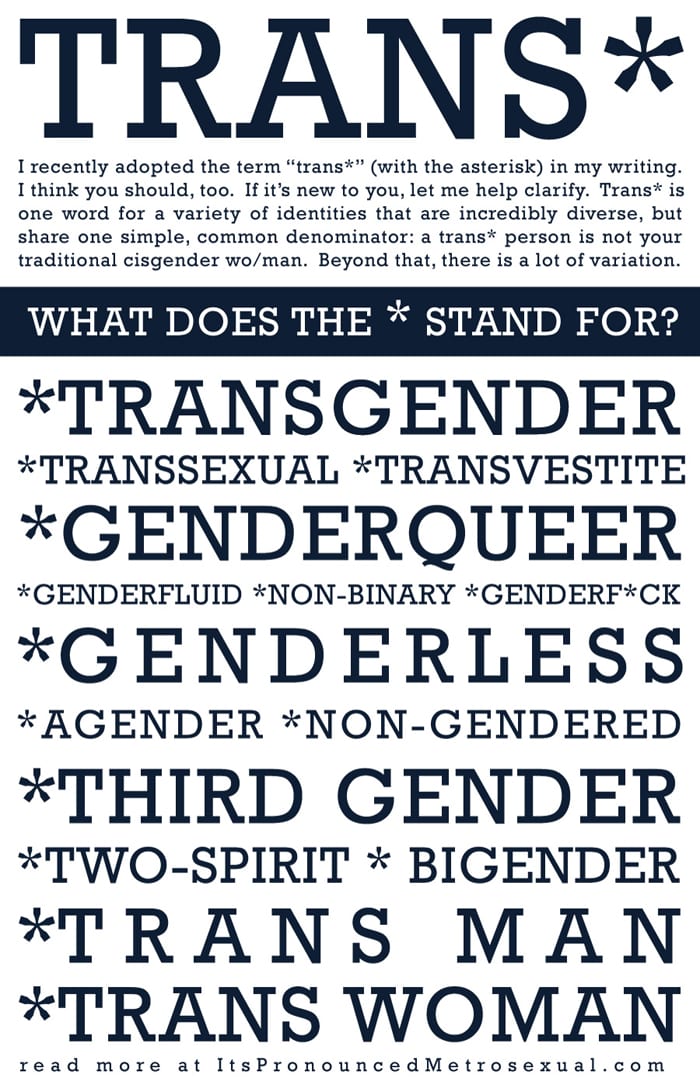 Got it? Great! Let’s continue.

So many trans men and women shared their selfies and their thoughts on this happy day. Here’s just some of the beautiful people on Twitter’s #transdayofvisibility:

#transdayofvisibility because my identity is valid no matter how I present pic.twitter.com/peo2xPSq8o

its ya girl !! its ya boy !! its ya who-the-f-knows !! genderfluid is a-okay #transdayofvisibility pic.twitter.com/yeeakihvkp

Twitter users also proclaimed their love for their trans* and non-binary heroes:

And helpful comics and guides were shared to foster understanding and love:

i made a little comic about some non-binary thoughts for #transdayofvisibility pic.twitter.com/xdnDQR9OdC

super important “How To Be A Trans Ally” info graphic from @q_soc right on time for #transdayofvisibility pic.twitter.com/b5rq89ph8R

Trans* personalities also were glad to fly their colors proud:

The good folk of Tumblr also showed their pride:

People have also shared their thoughts on why Trans* Visibility Day matters:

“This day is important to me because many folks in the trans community go both unseen and unheard, even shoved aside because they don’t fit the gender binary, or even whatever conventional images others have of trans people.”

“Trans and non-binary people’s stories and issues are ignored and dismissed by society to the point where many people claim we do not exist and today allows all of us to realise that there is nothing wrong with not being cisgendered. Our preferred pronouns are a requirement NOT a suggestion. Our gender is who we are and is not to be erased by society.”

“This day is important to me because a lot of (non-binary) trans people can’t be who they are in fear of judgement and harassment. But they should be able to be who they are and be happy and live free.”

“It’s important that our gender isn’t silenced, it’s not a preference, it’s part of who we are.”

We at Social News Daily salute our Trans* borthers, sisters, and non-binary siblings. Stay safe, live proud, and be happy!

Transgender Youtuber Jazz Jennings To Star In “All That Jazz” [Video]