Rowling’s “The Casual Vacancy” is now an HBO Series [Video]

J.K. Rowling’s heart-pounding whodunnit novel “The Casual Vacancy” is coming soon to your late-night viewing as a three-part series on HBO.

“The Casual Vacancy” revolves around the charming, idyllic town of Pagford and its residents. On the surface, Pagford is pleasant and all is well, but there highly-charged tensions and rivalries roil underneath the facade. Teenagers wage war against their parents, the rich pit themselves against the poor, wives are against their husbands, and teachers fight against their students… The town is bursting at the seam with secrets, and nothing is what it seems. The death of council member Barry Fairweather leaves a gap in the water-tight parish council, and the vacancy is now a catalyst to what could be the biggest war Pagford has ever seen. the arrival of the “ghost of Fairweather” further complicates matters, along with the secrets, turncoats, and revelations that will break the calm veneer of this town. 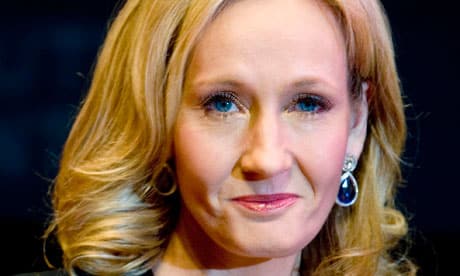 “The Casual Vacancy” was originally credited to a certain Robert Galbraith. The literary world was in shock when Galbraith was leaked to be the pseudonym for J.K. Rowling. She created the name from conflating the name of political hero Robert Kennedy and her childhood fantasy name “Ella Galbraith”. She later explained she decided to write under a male pseudonym to test the strength of her writing with grittier adult themes, and not rely on the success of the Harry Potter series attached to her name to shoot up sales. It was also a worthy challenge for her, one she has succeeded over — “I successfully channelled my inner bloke!”, she declares in the FAQ of the Robert Galbraith website.