Country band Little Big Town is in the hot seat for their sweet ballad “Girl Crush”, for very strange reasons.

“Girl Crush” is a tender, wistful song about a girl who wishes she knew more about the girl her ex-boyfriend is now with in hopes of winning him back. It’s a poignant, intimate portrait of the song persona’s wishes and regrets, and it;s got us feeling them country blues is full vivid color. (Not to mention, the lyric video is tasteful and clever, and has got us wanting to book a hotel room and order champagne and get all misty-eyed.) So, what’s the big deal? 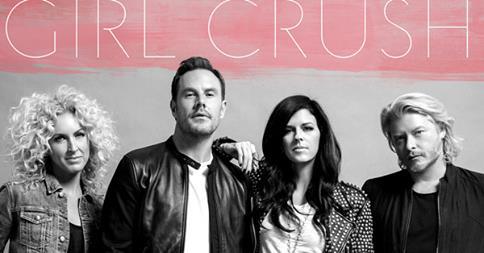 Heart-breaking as the lyrics are, the residents of Boise, Idaho don’t seem to think so. when “Girl Crush” premiered on 104.3 FM, listeners were offended and decried the choice of song, saying the station was “promoting the gay agenda” and would even boycott it if the station would continue promoting the single.

I want to taste her lips, yeah cause they taste like you

I want to drown myself in a bottle of her perfume

I want her long blond hair, I want her magic touch

Yeah cause maybe then, you’d want me just as much

I got a girl crush.

Despite the complaints about the song, many country music fans have voiced their support of Little Big Town’s lyrics. bobby Bones, a radio show host, shared his thoughts on the matter: “It shouldn’t even matter if it’s a lesbian song, is the first thing.”

There have been a host of other songs that have spoken about LGBTQA issues (Hozier’s “Take Me To Church” being the most recent hit that tackles the Church’s stand on gay rights).

We want to know what you think. Cast your vote: