The crash of Germanwings Flight 9525 has shocked the world, not only because of the 150 innocent lives lost, but the reasons why the aircraft crashed over the French Alps.

Transponder data shows that the Germanwings aircraft’s autopilot was reprogrammed by the copilot, Andreas Lubitz. The plane’s altitude was changed to 38,000 to 100 feet, which lead to the plane plummeting into the side of a mountain.

Copilot, Andreas Lubitz has been blamed for the crash. He has been the target of an investigation, which has uncovered his long battle with severe depression. A search of his apartment uncovered a doctor’s note which said Lubitz was found incapable to work, a fact he hide from his employer. His sick plan to end his life included disabling the reentry function of the cockpit door while the pilot went to the restroom. The New York Times reported that the pilot was intentionally locked out of the cockpit by Lubitz. Germanwings said they could not confirm or deny the information. The lack of confirmation had lead to speculation of what really happened to flight 9525. 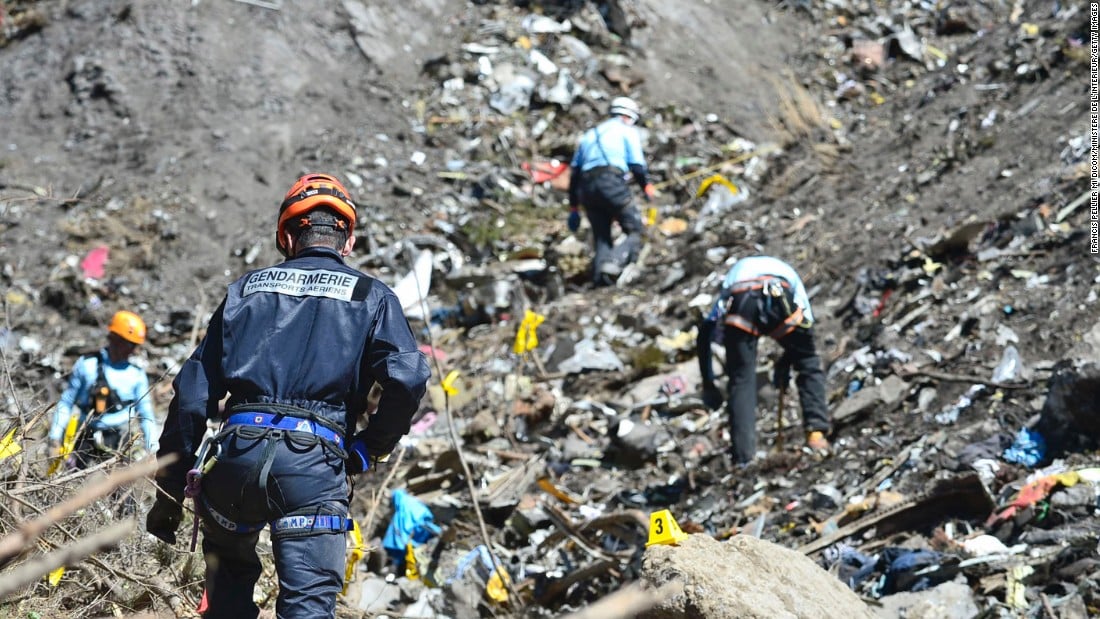 Investigators have uncovered the plane’s black box, which reportedly confirms that the pilot desperately tried to get back into the cockpit, while passengers are heard screaming as they realize the plane is in descent. While an official investigation will not be finished for many months, many feel this is not enough evidence.

As with all disasters with large causalities, many are speculating there are conspiracies, that this was not just a lunatic with a death wish. The conspiracies range from somewhat credible to complete ludicrous. Here are some theories that have making their way through the Internet.

1. It was an act of religious extremism. 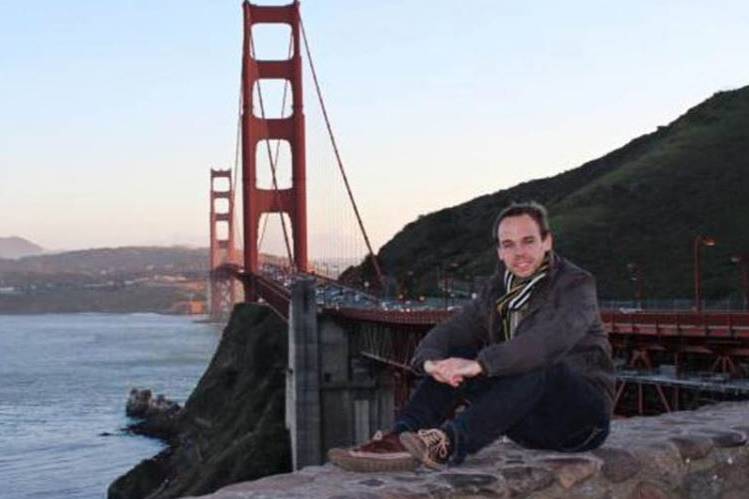 We don’t know much yet about the copilot, Andreas Lubitz. All that we can confirm is that he was a German national with more than 600 hours of experience as a copilot. He was employed by Germanwings since 2013, but has flown privately since 2008. He received his flight credentials in the US in 2008.

Lubitz’ religious beliefs have not been confirmed, but of course many are speculating that he may of been a radicalized Muslim. Further fueling the fire, a reddit thread has speculated that on the black box recording, the pilot says “I rely on God” in Arabic before deliberately crashing the plane. Even if Lubitz was a Muslim, it doesn’t neccesarily mean he was radicalized. This same theory was discussed in the case of missing Malaysia Airlines Flight 370, as the pilot of that aircraft was a Muslim. Investigators have admitted that they are looking into to the eerie similarities between the two plane crashes, but only because Lubitz may have been inspired by the Malaysia disappearance.

The reddit speculation continues to say that in the case of Malaysia Airlines Flight 370, the pilot was also locked out of the cockpit. It goes on to say that there are many unsolved plane crashes with Muslim pilots and that is no coincidence. “Anyone who has ever known pilots knows that they share in a great deal of camaraderie. They’re all “cut from the same cloth”, if you get my meaning. I know this is /r/”conspiracy”, so I should at least wager a guess that there may be a network of Muslim pilots, in collusion via the internet, with the sole intent to bring down large airliners for some unknown reason. This might also be a string of several coincidences, at the hearts of which are pilots, specifically Muslim pilots, who have an unusually high instance of inexplicable disasters.”

2. Andreas Lubitz wanted to punish Germany for the Holocaust.

While many are quick to jump on the radical Muslim theory, other sources point out that Lubitz was more likely Jewish.

According to one conspiracy website, Lubitz is a Jewish surname. The article posted on the National Liberation website claims to expose him as a Jewish Mossad Kamikaze agent. As a Jewish extremist, Lubitz crashed the plane because he was fueled by a hatred for Gentiles and wanted to get revenge for the Holocaust.

3. The crash was planned by the German government

This theory takes the blame completely away from the Germanwings copilot, Andreas Lubitz. Many believe that Lubitz was merely a scapegoat for a larger conspiracy. Conspiracy theorists have delved very deeply into this theory and are very detailed in their accounts. Jim Stone writes in his sensationalist website that the crash was part of a government black ops mission to pay reparation for the Holocaust.

First, he states that the story that the pilot was locked out of the cockpit was a lie. “The manual override that keeps the cockpit door locked only lasts 5 minutes, per TV reports. That would leave 3 to 5 minutes to storm the cockpit and take at least some evasive or corrective action.”

Every cockpit is equipped with a reentry feature, where a flight crew member can enter a code to open the door. Apparently, this feature can be deactivated. Jim Stone claims that even though it can be turned off, there are safety mechanisms in place. 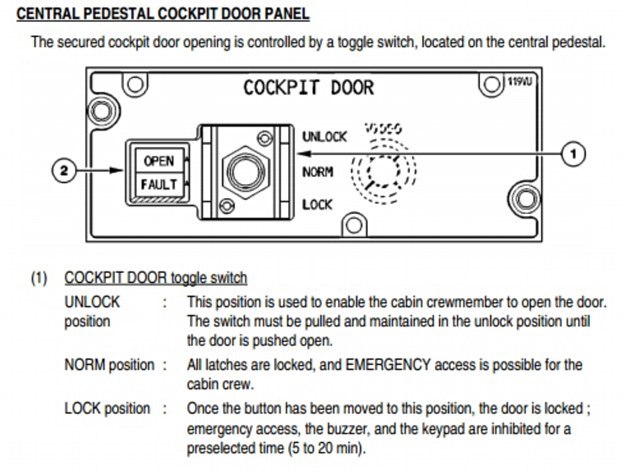 Stone also theorizes that the crash was remotely controlled by manipulating the plane’s hijack recovery feature. Investigators say the pilot originally left the cockpit to use the restroom, but Stone says he left for more serious reasons. “Perhaps one or both pilots left the cockpit to figure out why they lost control of the plane after a remote hijack. Got a better answer? Why the suicide pilot ruse?”
He further explains his theory that the a poisonous gas was released and triggered by the seat belt light when the plane reached altitude. “A poison gas canister attached to the air system and triggered by the “seat belts” signals when the plane reached altitude. And exactly 30 minutes later, the engines were shut down. Either by programming or by remote control. And the computer flies the plane perfectly, like a glider in an 8 minute descent, right into an Alp.”

4. Fighter jets shot down the plane

Once again, another theory that blames the government. Many have speculated about the presence of fighter jets at the time of the crash. Some say the fighter jets were sent to see why the plane was descending, while others say the jets were the reason for the crash. Jim Stone writes that the pilot could not have steered the plane into a nosedive.

“If a pilot pushes a pedal or pulls a lever, it is not hooked up to the mechanics in any way whatsoever. And if this A320 was equipped with collision avoidance, this full fly by wire attribute most likely would not have allowed it to hit the mountain, most likely it would have pulled up on time and missed. If this is the case, then the fighter jets would have been needed to shoot the elevator portion of the tail flaps out, which are needed to make the aircraft pull up and if the tail is disabled, the collision avoidance would not have been able to stop the crash. Absent the tail, the plane could still proceed at full throttle into the mountain and whatever debris came off the tail would most likely have simply followed the plane into the mountain and not left a separate debris path.”

Other theorists say a trail of smoke was seen from the plane moments before impact.

Maybe while the pilot was out of the cockpit, the copilot suffered a heart attack, stroke or other malady. This theory is being disapproved by many who say that cockpit doors allow entry during an emergency. Apparently, it allows for the flight crew to enter a special code to open the doors when the pilot is not responding.

Investigators say records show the plane was in control before the sudden descent, but the plane could of been in the control of the auto pilot feature.

6. The plane was carrying dangerous cargo.

As of yet, the plane’s cargo had not been analyzed. However, “one reporter for the Associated Press raised the theory that lithium batteries could have been on board – a cargo that experts have previously warned could trigger a mid-air explosion.”

French air investigators say they have no information to confirm or deny this. The rate of descent of the plane shows that a mid-air explosion was highly unlikely. 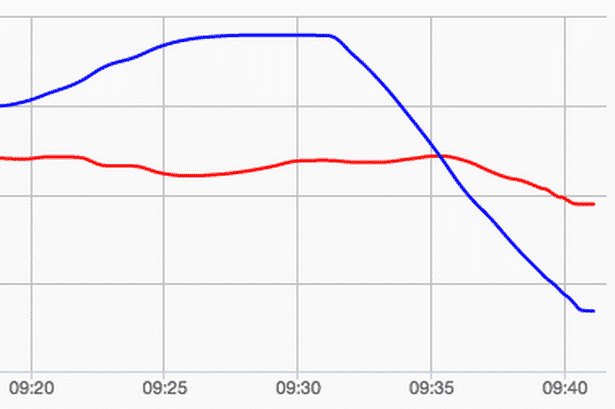 These are just a few of the theories of why the Germanwings airliner crashed. It will be months before an official investigation will be complete. While the conspiracies abound, it is important to remember that no matter the cause, many innocent lives were lost and should be remembered.