Fans of “Super Troopers” can now rejoice. If you and the rest of the fans donate enough money, ‘Super Troopers 2’ will definitely be a thing. Their Facebook page has been blowing up since the announcement posted hours ago on March 24. 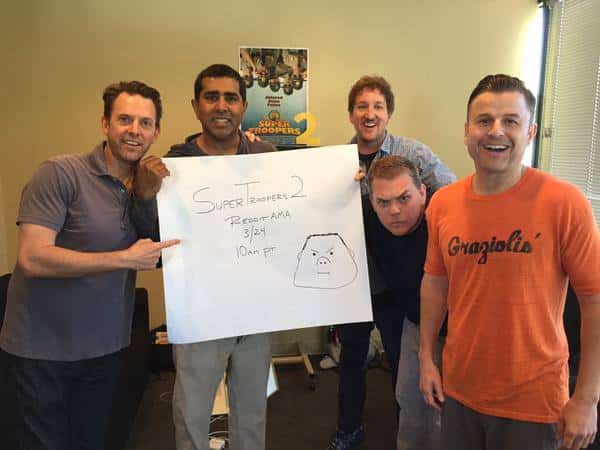 Started on Indiegogo this morning, Broken Lizard needs your help! They are in the process of making a sequel to the amazing 2001 film ‘Super Troopers’ and doing major funding for the film online. Best part? If all goes according to plan, it could be ready by the summer. 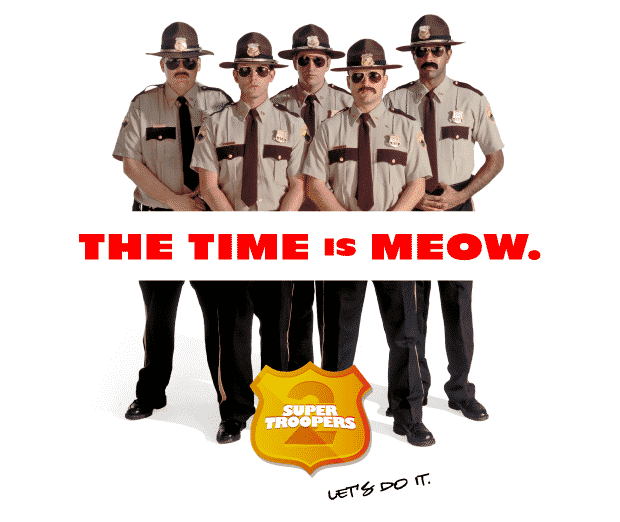 Their Indiegogo page starts off laying down the facts, “Several moons ago, we made a little indie movie called Super Troopers, which we debuted at Sundance in 2001. We’re proud of how it turned out and apparently it struck a chord with many of you out there because almost daily we get asked “Who wants a mustache ride?” (“Who doesn’t?”) or “Did you chug real maple syrup?” (“Yes, and we will never, ever, ever do it again.”) or “How is the view from sugar heaven?” (“Sweet.”).”

And it continues with greatness:

“Our mustaches are thick, furry, and authoritative. The script is written and we’re getting all antsy in our pantsy to start shooting. There’s just one problem: While the studio has given us permission to make the sequel, and agreed to distribute it (at least in the USA and Canada), we need to fund the movie ourselves.”

These dudes need at least 2 million. That is correct, 2 million is the bare minimum of funds needed.

Broken Lizard goes into depth about what, where, when, why, and HOW your donated money will be used. There are a ton of perks, anything from $10 to $35,000. Pocket change, amiright? 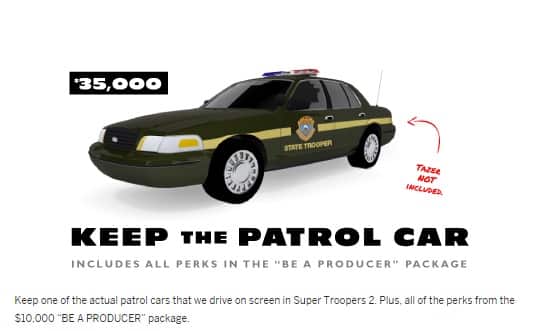 2 million bones may seem like a lot…. but only hours later and over 200,000 was already donated. Act fast! It seems as if the $10,000 contribution perk to be in the actual movie was already claimed.

See all the details on their site. Click here.