Once again fashion design company, Dolce & Gabbana is in the news for upsetting large groups of people. You might remember the controversy that upset gays and parents of test tube babies. Just last week, the two Italian designers, who are ironically a gay couple that does not believe in same sex marriage, told a popular magazine that IVF offspring were “synthetic.” The comments upset a large number of people in the gay community, including Elton John. The star has sparked a social media trend, #BoycottDolceGabbana

Well, Dolce & Gabbana’s newest ad is causing another backlash and has upset females all over the world. 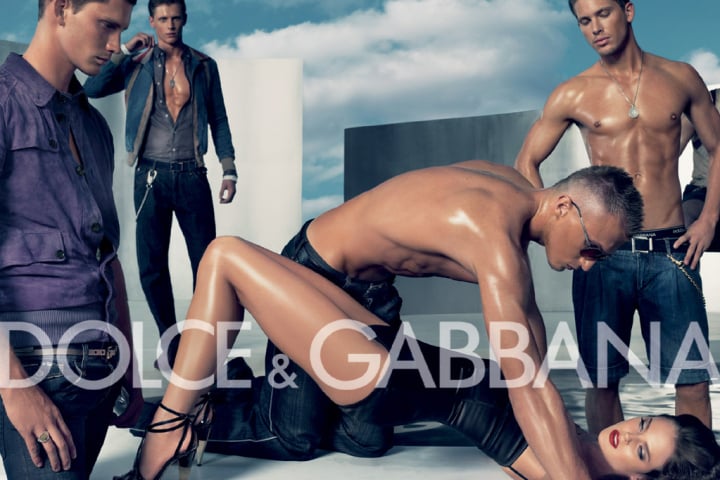 The new ad depicts a beautiful model lying on her back with a hunky male model hovering over her. Behind them, three undressed male model watch on. Many are saying the advertisement depicts a gang bang and the concept has created a storm on Twitter. Kelly Cutrone, who was in Los Angeles filming America’s Next Top Model, had a strong opinion on the controversy.

Just arrived LA. Wish I were home so I could make a video of myself cutting up my @dolcegabbana clothes! #boycottDG

I GUESS SIMULATING GANG BANGS ARE FINE – BUT IVF AND SAME SEX MARRIAGE ARE NOT – LIFE ACCORDING TO @dolcegabbana pic.twitter.com/JUaDYVXxpC