Pigs With Disney Tattoos Are Bringing Home The Bacon For...

It’s the last thing you would expect from a pig: tattoos. One artist has picked up the strange hobby of tattooing pigs. Surprisingly, the decorated pigs are making quite the profit for designer, Wim Delvoye.

Delvoye used to practice his art in the United States, but after much negative attention from animal rights activists he moved to China. He promises the pigs are treated humanely, almost to the point of being spoiled.

The UK Metro writes about the procedure:
“Three tattooists work on the animals carefully at once, while they are fully anesthetized and even given a massage throughout the procedure.” 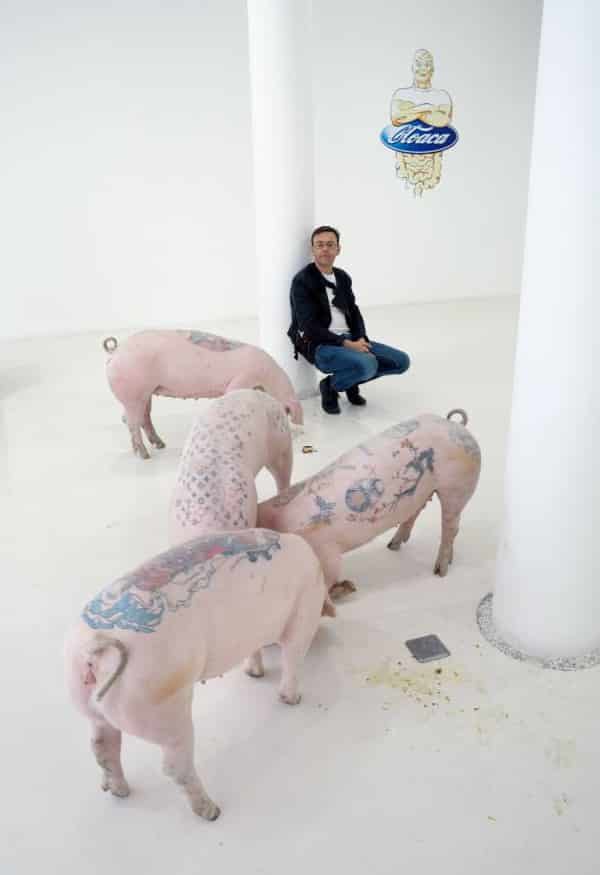 From Disney princesses to the Louis Vuitton logo, the pigs are completely decorated. Once the animal dies their skins are sold for quite a profit and made into handbags and other goods.

Despite moving his operations, PETA is still not happy with Delvoye.
“Pigs, cows and chickens are emotional, thinking animals who feel pain every bit as much as we do, and they value their lives.”