Burger King ‘Flame Grilled’ Perfume Will Soon Be A Thing…...

It’s a whopper of a product idea: Burger King Whopper scented perfume is rumored to hit Japanese Burger King restaurants very soon, April 1st to be exact. Dubbed ‘Flame Grilled’, the fast food chain says they will offer the limited edition scent for purchase only on April 1. Each perfume purchase will come with a real Whopper sandwich, so you can enjoy the real fragrance as well.

Skeptics aren’t buying the idea. They say it is too much of a coincidence that the company chose April Fools Day to unveil the product. But fans of the iconic burger argue that the day has also been appointed as “Whopper Day.” Believers also say the company wouldn’t put so much effort into marketing an imaginary product. In fact, Burger King began advertising this month. 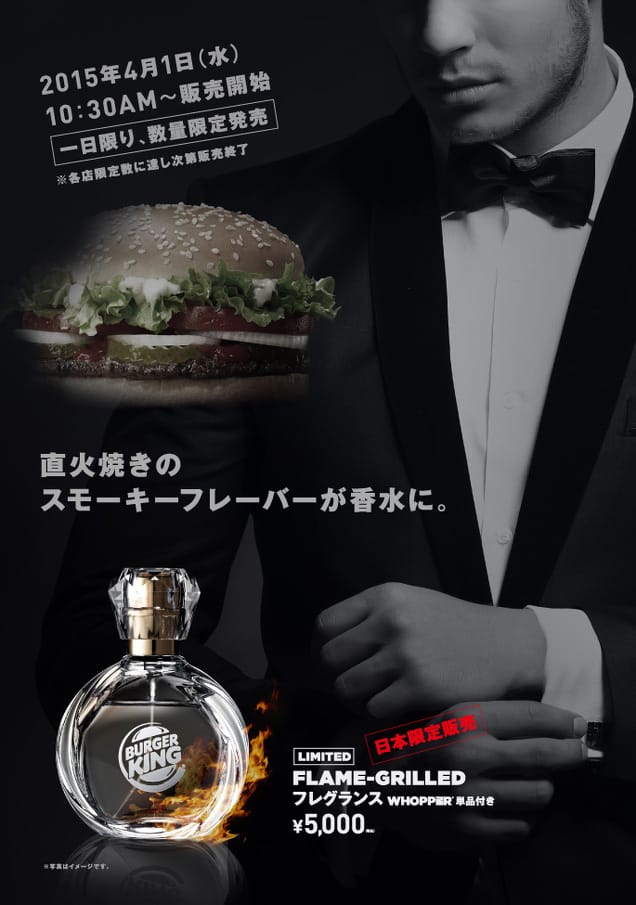 For those burger connoisseurs who are interested in the perfume, it is priced at 5,000 yen and is only available for the day.

Woman Gets Bag Of Money Through Burger King Drive-Thru