As if we still didn’t have enough to cry about over the show.

A Carnival Films/Masterpiece co-production, “Downton Abbey” Season 6 is slated to have six to eight episodes and a Christmas special, and is entering production and filming very soon. It’s set to be released early 2016, so best to stock up on those tissues during the wait.

Sources have it that the decision to end the series on the sixth season was a practical one — actors’ contracts were to expire at the end of Season 6, and many of the actors are quite ready to move on. “You can keep the show going without Matthew and Sybill, but you can’t continue it without the entire Crawley family,” an insider shares. 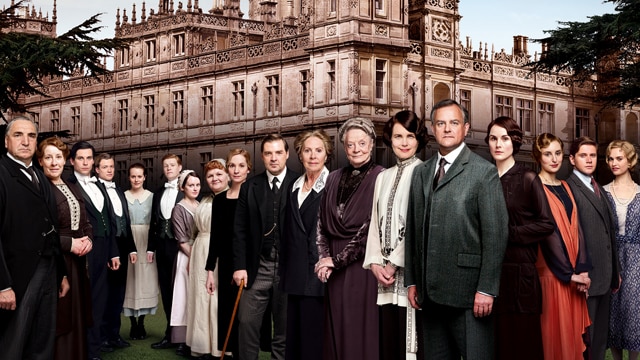 Fans of Fellowes’ writing need not dismay, as he looks forward to closing the sixth season with a satisfying note and turning his creative attentions to a new series in the works, “The Gilded Age.”

Dame Maggie Smith, who plays the ever-memorable Dowager Countess Violet Crawley, admits that she saw this coming. “I can’t see how it could go on,” she teased. “I mean, I certainly can’t keep going. To my knowledge, I must be 110 by now. We’re into the late 1920s.”

If there’s one of the things we will definitely miss, it’s the dry-witted comments from Lady Violet delivered with panache and impeccable timing. We live for those moments.

It would be perhaps safe to say “Downton Abbey” is one of the series that helped shape the tastes and sensibilities of TV-loving millennials. The show itself is a record-breaker in its own right : it became and is still the most popular drama in PBS history, propelling the network from 13th to fifth place on U.S. television.

“Gilded Age” certainly has big shoes to fill. Until then, we relive all the feels with this opening: