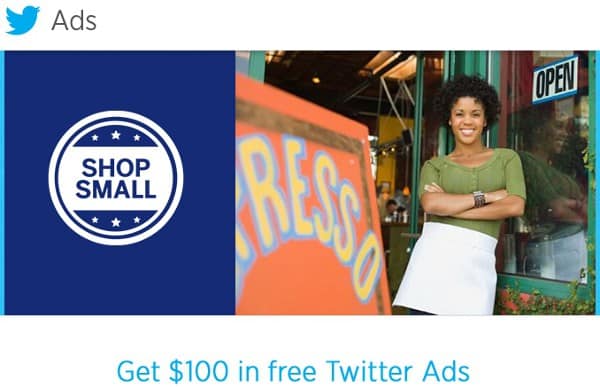 To qualify, an advertiser must already be active on Twitter and be based in the United States. If you qualify, you must register here before the big day. You’ll be notified in the coming days if you were part of the first 10,000.

This is a great incentive for brands to get a taste of Promoted Tweets or Accounts, without any financial risk or investment.

Back in February, Twitter partnered up with American Express and offered thousands of small businesses owners a similar offer. Success stories feature such businesses as Hampton Coffee Company in New York and Whipped Bakeshop in Philadelphia.

Hampton Coffee took advantage of Promoted Accounts and grew its followers by 50 percent in just a few weeks. Whipped Bakeshop had similar success with growing its amount of followers.

Brennen Lukas, Co-Owner of Whipped, commented on the fact new followers are always local which is crucial for their business. “We’ve been very happy with our Twitter advertising campaign,” said Brennen. “Advertising on Twitter introduced us to hundreds of new potential customers in a relatively short period of time. It’s really exciting to be connected to so many more people every week.”

To read about more success stories, you can visit Twitter for Small Business.

The Michelle Obama Podcast was released on the 29th of July and can be streamed on Spotify, both for free and premium users. The world is currently hyped that the Former First Lady of the United States has released the first episode of her latest podcast. What made listeners even more excited was when she… END_OF_DOCUMENT_TOKEN_TO_BE_REPLACED

Research in Britain has deduced that there are a total of six “general” classifications of COVID-19 symptoms. The research, originally published in June of 2020, has revealed that the symptoms of COVID-19 can be generalized into six different categories. This is based on the data collected from a symptom tracking app. It has been widely proven… END_OF_DOCUMENT_TOKEN_TO_BE_REPLACED