Madonna And Justin Bieber Play Never Have I Ever On...

If you could watch a 21-year-old male and two women in their mid-fifties play Never Have I Ever, would you? What about if it was Justin Bieber, Madonna, and Ellen DeGeneres. That is a hard yes.

Madonna was on ‘The Ellen Show’ this week and the game of the day was Never Have I Ever. Since it seems Justin Bieber is living on the ‘Ellen’ set, he was brought from backstage to join the two and play together.

It seems like the two were VERY ready to play. 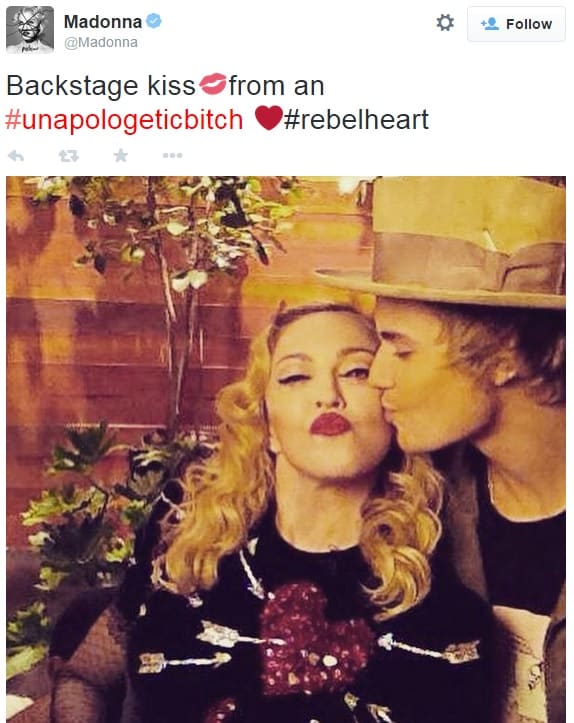 Anyone who has watched ‘Ellen’ before knows it’s daytime and she tries to keep things PG. Well did that take a 180 real quick. Best part? Ellen joined in on the fun, aka super sexual questions. Things like “Never have I ever fooled around in a bathroom during a party” and “Never have I ever had phone sex” as well as “Never have I ever dated someone and their sibling.”

Be sure to watch until the end, when Madonna asks a question, Justin responds, and Ellen doesn’t believe him.