Man Known As ‘Angel Of Death’ Fights Against Islamic State

by Meagan Freeman 8 years ago6 months ago

With more than 300,000 followers on Facebook, the story of Iraq fighter, Abu Azrael as gone viral. Known as the ‘angel of death’, Azrael is known as a fighter against the Islamic States. As many militant armies are armed to fight these threats, Azrael is the most well-known. Photos have circulated of the bearded bald man wielding his favorite weapons, an axe, sword and machine gun. With all of the attention, the Internet is asking: Who is this man? 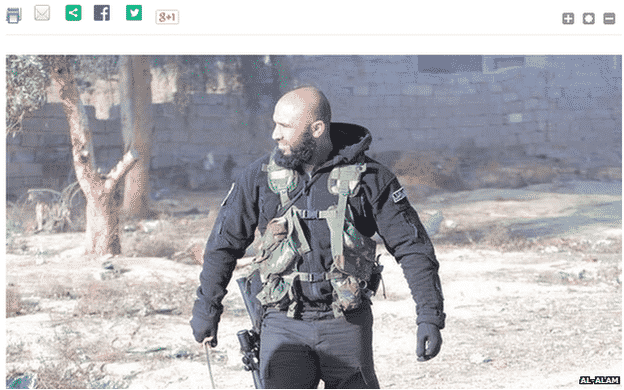 According to the news agency, AFP, Abu Azrael’s real name is yyub Faleh al-Rubaie. He has fought in a number of conflicts and was once a member of the Madhi Army, the army that fought against US troops in Iraq. In the same interview with atp, Azrael shared that he is a father of five.

“You see me go to school to drop off my children and I am peaceful. But I show another face to them (IS).”

Azrael is also rumored to of once been a physical education teacher at a university and is trained in Taekwondo and shooting. 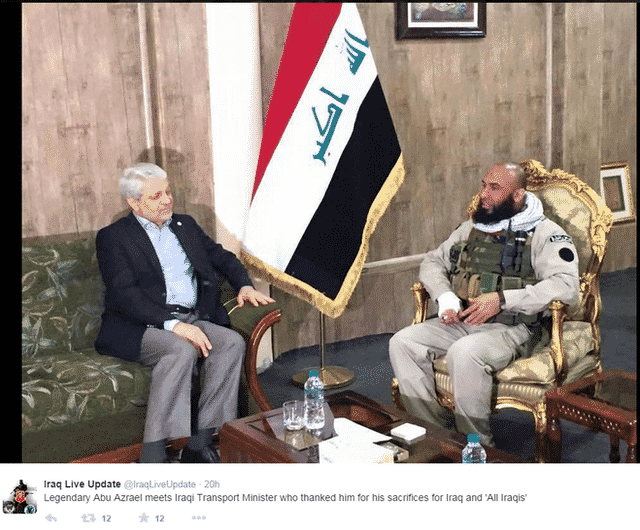 His origins and background may be shrouded in mystery and controversy, but is still considered a hero to many.

A simple look at his Facebook page shows just how respected he is. According to the BBC, “most of Abu Azrael’s Facebook fans are Iraqis, but Iranians have also taken an intense interest in him, sharing photos and suggesting that his tough appearance belies a kind nature and a good sense of humour.”