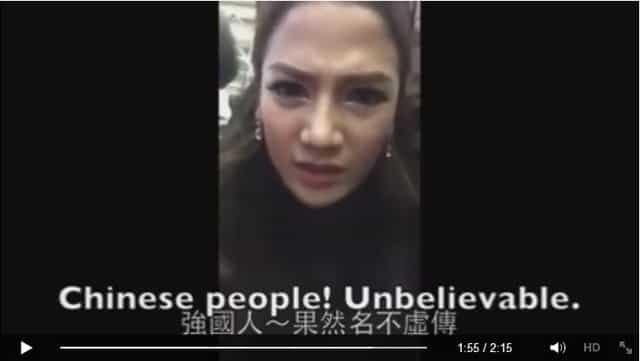 Thai celebrity Duangjai Phichitamphon posted a two-minute rant of her complaining about the lack of manners from a group of Chinese tourists at the airport. With more than 130,000 followers on social media, the video has gone viral. It is currently a trending Reddit thread.

Recorded at a Korean airport, Thai native, Phichitamphon loudly complained about the unruly group of Chinese tourists. She documents the mass of people fighting to get to the front of the line to be served at the ticket desk counter. She is accompanied by a man, who tells her that they should just go. Phichitamphon ignores his pleas and continues to complain. The tourists around her are oblivious to her rant, as she is speaking Thai.

The video invoked several opinions about nationalities and culture. Many argued on reddit that Thai people are very peaceful and shy away from confrontation, so Phichitamphon must have been really upset. Others had very prejudiced opinions about both Thai and Chinese cultures.

It is currently unclear why Phichitamphon is considered a celebrity and has so many followers. The viral video has upset Thai media and was featured on several outlets.