Justin Bieber Gets Roasted: What To Expect [Watch]

Love him or hate him, Justin Bieber took quite the verbal beating during the taping of his Comedy Central Roast. The Biebs agreed to the special as part of his quest to reclaim the public’s favor. After countless arrests and immature antics, Justin Bieber has recently devoted himself to show everyone he is a changed man. Change or not, that didn’t stop various comedians and celebrities from ripping him apart Saturday night.

Hosted by Kevin Hart, the roast kicked off with Hart telling the audience, “Tonight, we’re going to do what his parents and the legal system should have done a long time ago. We’re about to give this boy an a** whooping that he deserves. We are. We are!”

Comedian and roast regular, Jeff Ross ended up creating a Twitter trend with his set.

Oh wow. RT @liz_bieber05 If you are still wondering why #IHaveMyPeriodJustin is trending This is why https://t.co/L7GthFxz4y

Stars, such as Snoop Dogg, Jaden Smith, Ludacris, Shaq and Jeff Ross took the stage to take a friendly dig at the pop star. Most surprisingly, Martha Stewart even got in on the fun by sharing her tips to stay out of trouble.

“You need to settle down, bring some balance into your life,” she said. “Find yourself the right gal, but she’s going to have to really special, someone on your level, someone powerful and famous and rich. Someone you can smoke a joint with or engage in the occasional three-way. I’m talking about a player in the boardroom and a freak in the bedroom. So, Justin, my final piece of advice is, call me.” 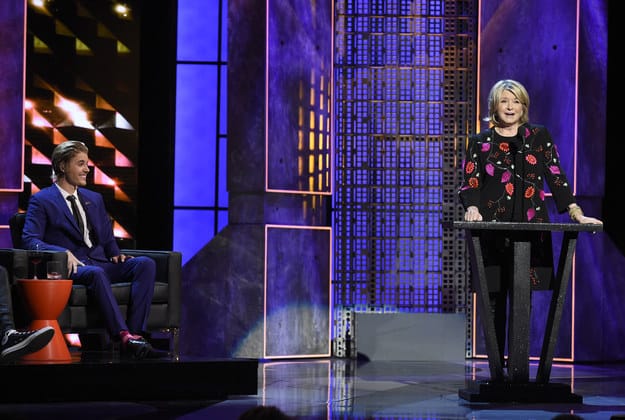 Comedian, Natasha Leggero joked, “All these rappers on stage and Martha Stewart has done the most time.”

Bieber took the jokes in stride, although there were some times were he looked a bit nervous. 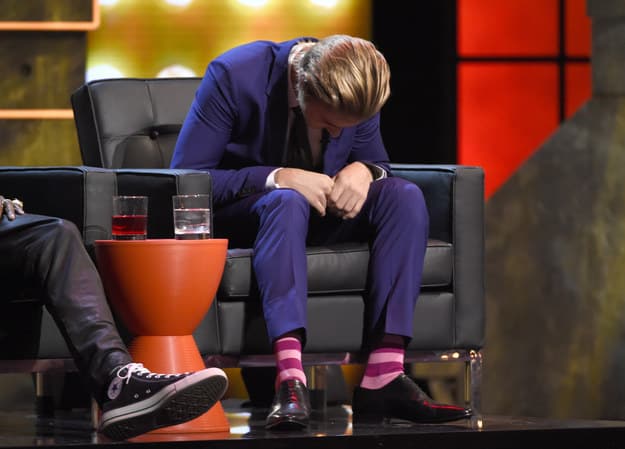 The night ended with allowing Bieber to throw some of his own shade, but he also used the time to apologize once again for his actions.

“I’ve turned a lot of people off in the last few years but I know I can still put out good music and turn everything all around.There was really no preparing me for this life. I was thrown into this at 12 years old. I didn’t know what I was getting myself into. There were moments I am proud of. And there are moments I am disappointed with myself for. But the things I have done don’t define who I am. I am kind-hearted person who loves people. And through it all, I have lost some of my best qualities. For that, I’m sorry. I am looking forward to being someone you can all be proud of. Someone close to me once said, ‘It’s how you rise from a fall that truly defines you as a man.’ I’m excited for that challenge. And I want to say thank you for taking this journey with me.”