Prince and his backup band 3rdeyegirl debuted their brand new cover for the Christian song “What If” on Louisville, Kentucky radio station WFPK. This song gave fans a taste of what to expect in the four sold-out shows n the area this coming weekend. The song features vocals by band mate Hannah Welton, who also happens to be one of Louisville’s daughters.

“What If” is a cover of Christian singer-songwriter Nichole Nordeman’s original song. Nordeman has made a name for herself in the Christian music scene. she not only has contributed to the album Music Inspired by The Chronicles of Narnia, but she has also composed music for the popular kid’s christian animated series Veggie Tales. 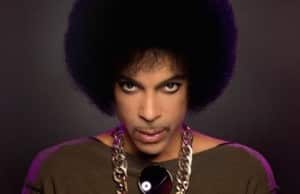 Prince has song many songs that have dwelled more on the secular side of life; however, it’s a little known fact that he was a devout Christian all these years. In 2001, he converted to Jehovah’s Witness, following a debate with friend and fellow Jehovah’s Witness, musician Larry Graham. Prince later on shares that it wasn’t a conversion as much as he felt like it was  a “…realization … It’s like Morpheus and Neo in The Matrix,” he says. He also regularly shares his faith with people by knocking on their doors and politely asking for a bit of the resident’s time and attention.  there have been reports that Prince has been in need of a double-hip-replacement surgery since 2005. However, he firmly insists that the surgery should be a bloodless one, or not have one done at all. Blood transfusions are forbidden for Jehovah’s Witnesses.

Is “What If” the start of more songs from Prince? Will he be singing more about his faith?  We can only wait and see.

Listen to “What If” here: