Ana Martinez, Producer of the Walk of Fame ceremonies said, “Jim’s fans have been anxiously awaiting this well-deserved star ceremony and they will get a big bang out of seeing our recipient receiving this honor!”

Jim kept it short and sweet on Instagram, “Very special day. Truly honored. So happy to share it all with my mom and Todd and everyone from BBT.” 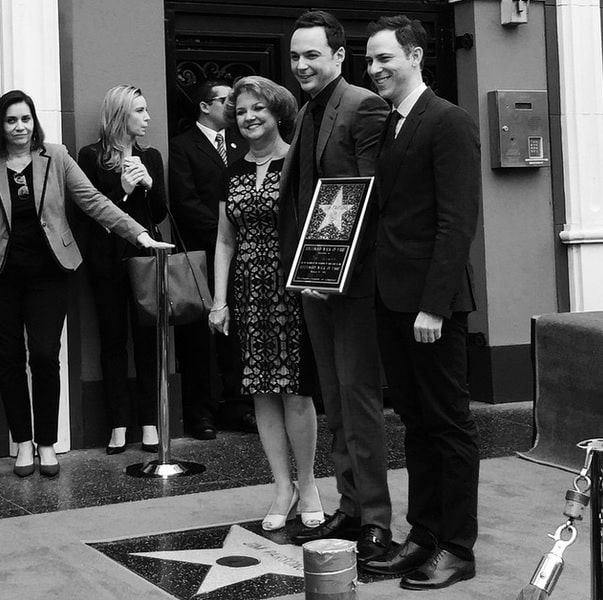 Mayim Bialik posted this photo to her official Facebook page:

First aired in 2007, “The Big Bang Theory” paved the way for Jim Parsons stardom in Larry Kramer’s 2011 Broadway revival play “The Normal Heart” about the early days of AIDS. Parsons was the only actor to repeat his role three years later in the HBO drama.