Study Says Alcohol May Be Worse Than Psychedelics

We’ve been taught time and again that booze and drugs are just as bad , but a study in Norway might just prove that alcohol is not all as harmless as it may seem.

A group of scientists created a study funded by the Research Council of Norway, demonstrating that psychedelic drugs are no linked to suicidal behavior or mental problems. The study consisted of 130,000 American adults, including 19,299 psychedelics users. the scientists found that people have reported deep and meaningful experiences while under the influence of LSD or psilocybin mushrooms. while many of the reports were subjective, the researchers also looked at clinical conditions such as serious psychological distress, mental health treatment, suicidal thoughts and plans, depression, and anxiety. 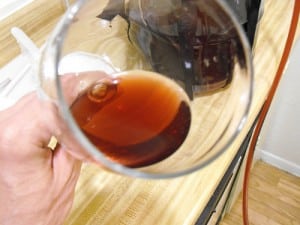 On the other hand, studies have also shown than there is a strong and rather alarming link between alcohol and suicidal thoughts. As a matter of fact, it has also been proven to aggravate mental health issues into something larger, and something potentially unmanageable or uncontrollable. To quote the study:

“Alcohol abuse may lead to suicidality through disinhibition, impulsiveness and impaired judgment, but it may also be used as a means to ease the distress associated with committing an act of suicide.”

Teri Krebs, a neuroscientist at the Norwegian University of Science and Technology and the leader of the study, explains that the government’s rationale on the firm ban on psychedelics is now becoming difficult to see and understand from a health issue perspective. “Drug experts consistently rank LSD and psilocybin mushrooms as much less harmful to the individual user and to society compared to alcohol and other controlled substances,” he says.

Stanford Philosophy graduate and author Sam Harris offers his own experiences with drugs during a Big Think interview. He offers his own warnings on the recreational use of the drug, as it is still classified as a neurotoxin. However, he says, there is some benefit to be had with it for the serious and careful inquirer, in terms of exploring the vast nature of consciousness.