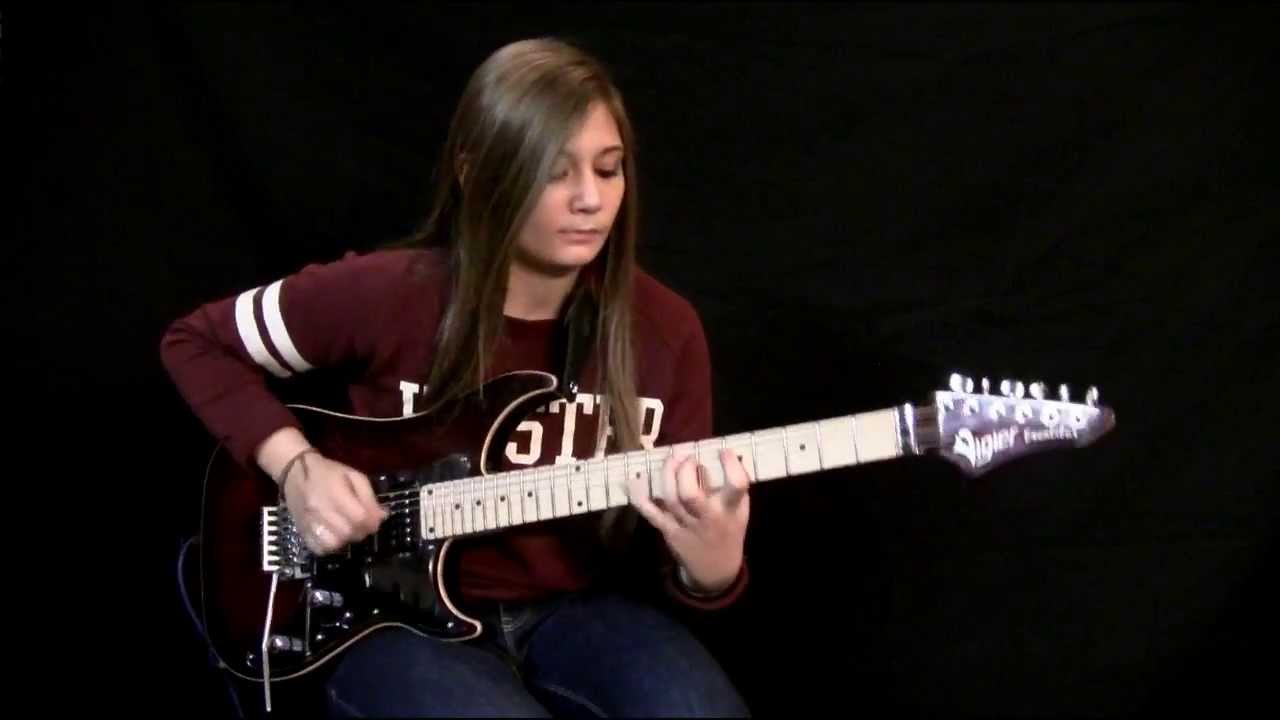 Dragon Force’s Through The Fire And The Flames is nearly impossible to play on Guitar Hero, much less with a real guitar. One teenage girl puts all of us to shame and slays the intense guitar solo with her Endorsé Vigier, French guitar. It’s the video you gotta see.

At only 15 years old, Tina S. has proven her musical abilities. The video was uploaded to Tina’s YouTube channel just yesterday, but already has more than 700,000 views. Her proud music teacher, Renaud Louis-Servais filmed the video.

The video is getting rave reviews on social media, alone with Tina’s other videos. The young girl has covered Van Halen, Pink Floyd and many others and most of her videos have more than two million views.

Her slaying of such an epic guitar solo is being featured by many websites, such as Metal Injection.

This 11-Year-Old Is Better At Guitar Than You [Video]

Recent trends have reported that K-pop fans in the US are getting mixed in with current issues in politics. K-pop fan communities are using online platforms to rally up and protest against racism in the United States. In support of the #BlackLivesMatter movement, the online K-pop community has come together in protest. Never has it… END_OF_DOCUMENT_TOKEN_TO_BE_REPLACED

Just this week, lawmakers approved a bill establishing the District of Columbia (D.C.) as the 51st state of the United States of America. This is after multiple calls and protests from the citizens to finally consider D.C. as a state.  However, the bill is not out of the woods yet as it faces multiple oppositions… END_OF_DOCUMENT_TOKEN_TO_BE_REPLACED