It’s no surprise that Leonard Nimoy played a huge role in the hit TV series, ‘The Big bang Theory’. In a majority of the episodes, the famous actor or his Star Trek character, Mr. Spock is mentioned. In fact, one could argue that Sheldon’s character could relate pretty closely with the Vulcan.

After learning of Leonard Nimoy’s passing, many members of the cast and crew shared their condolences and thoughts via social media.

But just sharing their thoughts were not enough. Big Bang Theory’s executive producer, Chuck Lorre wanted a special way for the show to pay tribute to the man who had such an influence on the storyline.

Known for a vanity card at the end of each episode, Lorre decided to dedicate one to Leonard Nimoy on last night’s episode. 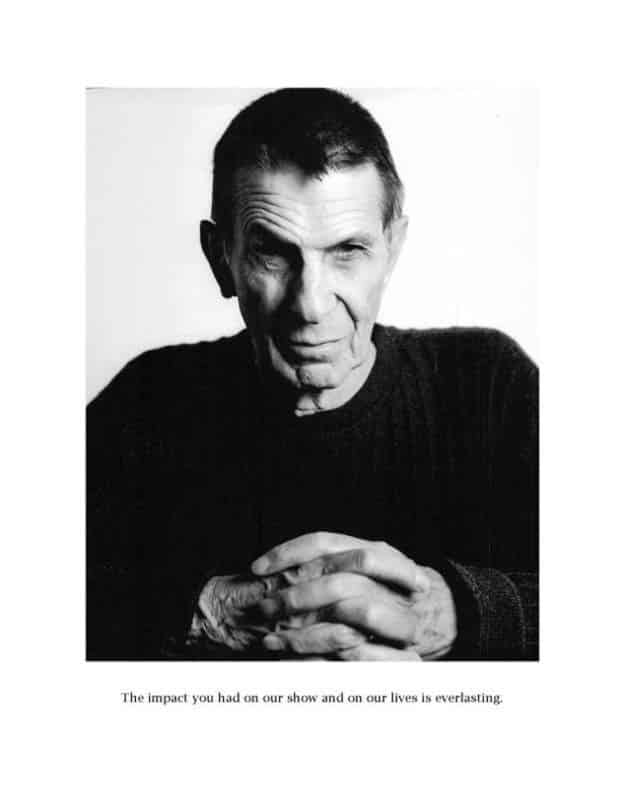