Hate exercising? Is Lycra = Death in your book? Does the thought of spending an hour on the treadmill send you running for the hills? Don’t fret, because the benefits of a grueling afternoon at the gym could simply be an injection away, thanks to science. (And you thought you’d have to try that new miracle food that promises to make you never diet again, didn’t you?)

Say hello to the hormone MOTS-c — this little specimen targets muscle tissue, and restores insulin sensitivity, something that helps us avoid Diabetes and, unfortunately, something we tend to lose as we grow older. 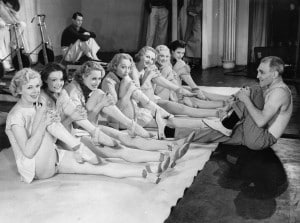 Pinchas Cohen, the lead researcher for the study leading to the discovery at the University of Southern California, shares in a press release: “This represents a major advance in the identification of new treatments for age-related diseases such as diabetes.” This special little hormone can actually reverse the insulin sensitivity loss — meaning, Diabetes just might actually be reversed in the future!

Cohen and his team of researchers injected the MOTS-c hormone into a group of mice that were given a high-fat diet. Naturally, their diet causes them to grow obese and develop a resistance to insulin (y’know, like what happens to us humans.) The mice, however, did not develop any of the two expected effects of their diet, and they even got their insulin sensitivity back. Yay, MOTS-c hormone!

To secret to this hormone’s special powers is in the DNA of the mitochondria, — (now, say it with me) the powerhouse of the cell – instead of the DNA in its nucleus.

So it’s been pretty successful on mice for sure, but on humans…? It could be too soon to kiss exercise goodbye: Cohen says it may take a while to prove just how effective MOTS-c will be on people, but clinical trials could be happening within three years.

What In The World Is a Health Goth?