The tiniest resident of Australia’s Rottnest Island is getting its spot of Internet fame right now — all thanks to a number of enterprising individuals, their steady hands, and their cameras.

Tourists to Rottnest Island have begun posting selfie after selfie including the adorable ball of fluff that is known as the quokka. This sweet-faced critter has been informally dubbed as “the world’s happiest marsupial” by the Internet, and it’s easy to see why. It has no fear of humans and has been known to approach groups out of curiosity, and naturally, selfies with the adorable little critter happen.

Don’t let its demeanor and cuteness fool you, though: when provoked, the quokka can attack quite viciously with its teeth and claws, so best to stay on its sweet side and not annoy it.

Be smart like these happy people, and carry a selfie stick with you: 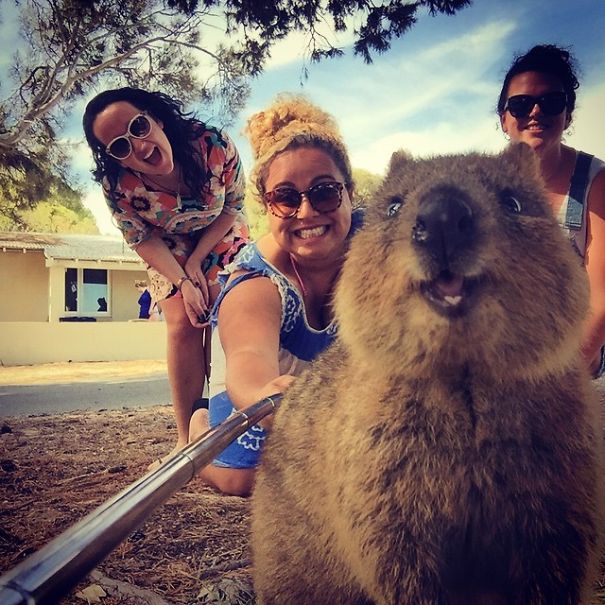 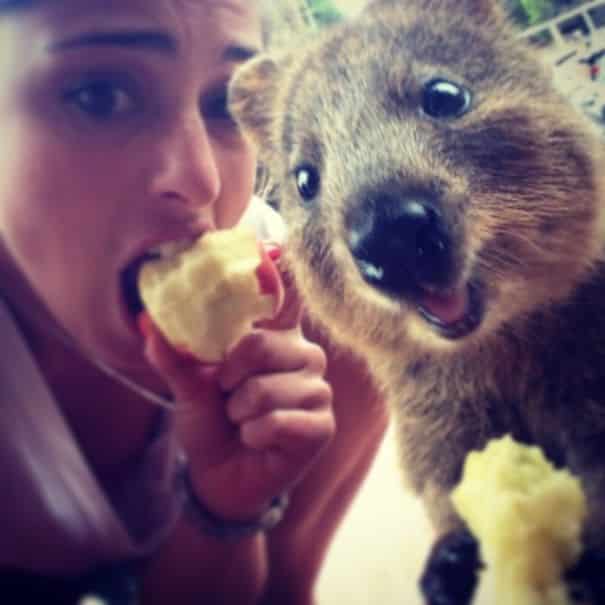 Tell it a zany joke: 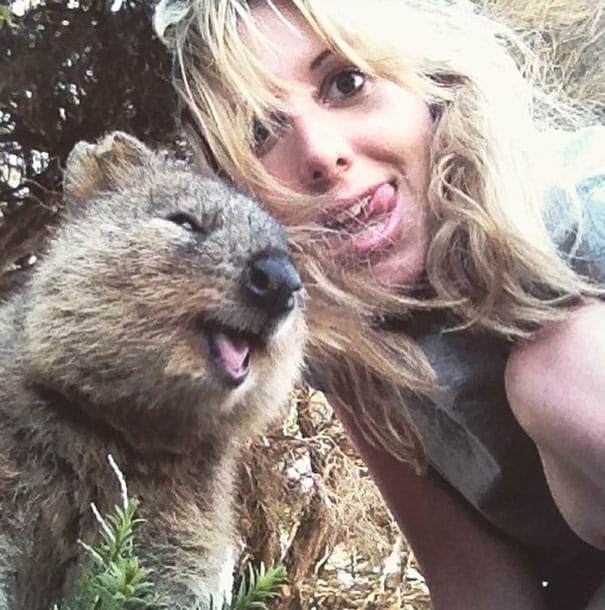 Or one of the corniest ones you know: 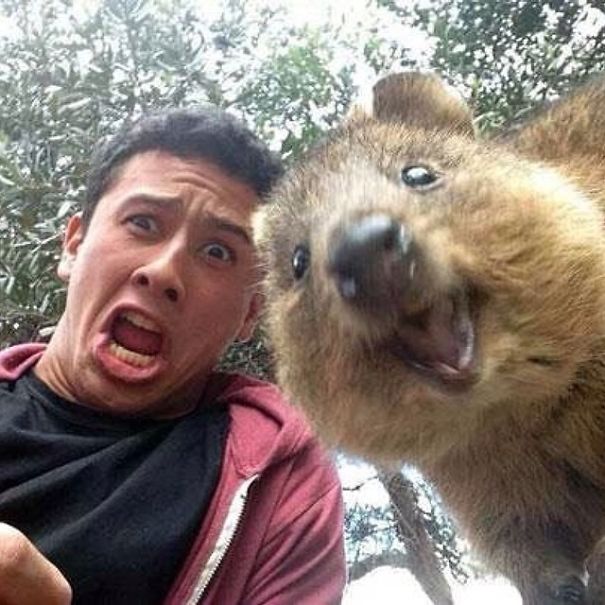 Who’s got the looks? No contest: 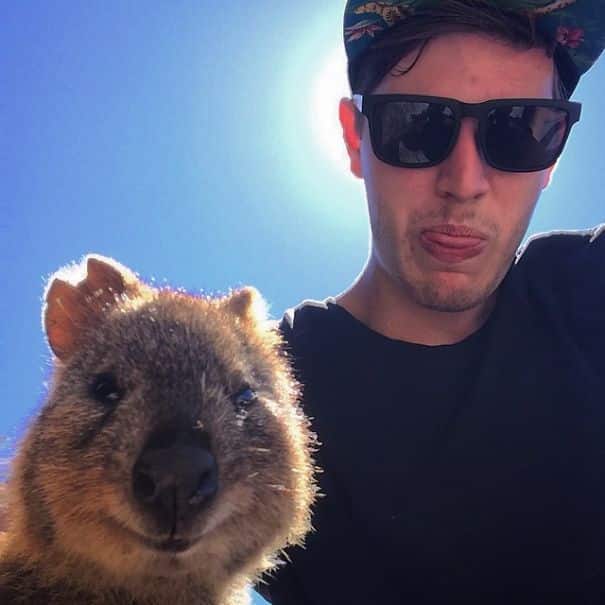 This sweetheart will steal your hearts and happily amble away with it in its tiny marsupial pouch: 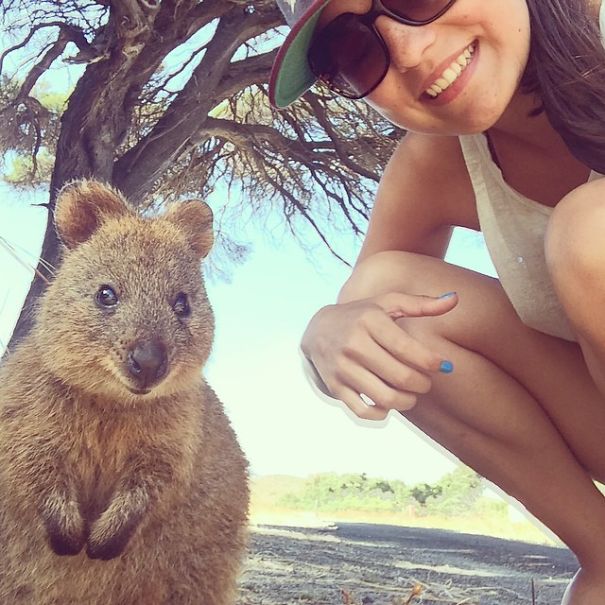 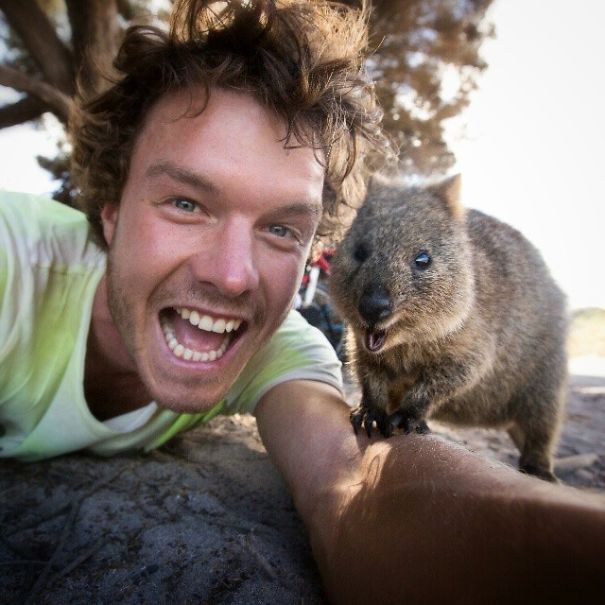 Another good reason to not mess with the quokka is the protection it receives by the government. Illegal handling of this critter in any way will net you a A$300 fine issue by the Rottnest Island Authority, and prosecution for bad behavior involving the quokka can rack up to a painful $2,000.That’s a lot of money right there.

In addition, the marsupial is now tagged as Vulnerable — practically just a step below Extinct. Let’s hope these selfies raise awareness about the Quokka and encourage people to start working on conserving this sweet-faced baby.