Leonard Nimoy, famously known from his role as Spock on ‘Star Trek’ unfortunately passed away Friday, February 27, in his Bel Air home in Los Angeles at 83-years-old. His wife, Susan, confirmed his death and said the case was end-stage chronic obstructive pulmonary disease.

Nimoy was diagnosed with COPD last year and quit smoking over 30 years ago. Leonard’s last tweet, on February 22, is very bittersweet.

A life is like a garden. Perfect moments can be had, but not preserved, except in memory. LLAP

Various news sources reported Leonard Nimoy in and out of hospitals over the past few months and was recently hospitalized in the past week, suffering from severe chest pains last week Thursday afternoon. Niomy was taken to UCLA Medical Center after a 911 phone call.

The ‘Star Trek’ actor had many artistic pursuits like photography, poetry, and music as well as acting. But it was Mr. Spock where Nimoy became a hero, keeping that esteemed status over the past 50 years with his signature blessing, “Live Long and Prosper.” 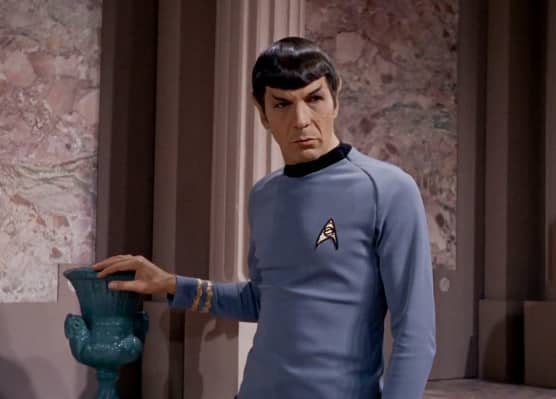 This Twitlonger message was tweeted from Nimoy’s account 20 minutes ago. It reads:

Hi all, as you all know, my Grandpa passed away this morning at 8:40 from end-stage chronic obstructive pulmonary disease. He was an extraordinary man, husband, grandfather, brother, actor, author-the list goes on- and friend. Thank you for the warm condolences. May you all LLAP. – Dani

P.s. I will be putting special shirts up on our site, SHOPLLAP.com , where all of the proceeds will go to the COPD Foundation. I hope to hear from you all.”

The actor is survived by his wife Susan Bay Nimoy, two children from his first marriage to actress Sandra Zober, his stepson and grandchildren.